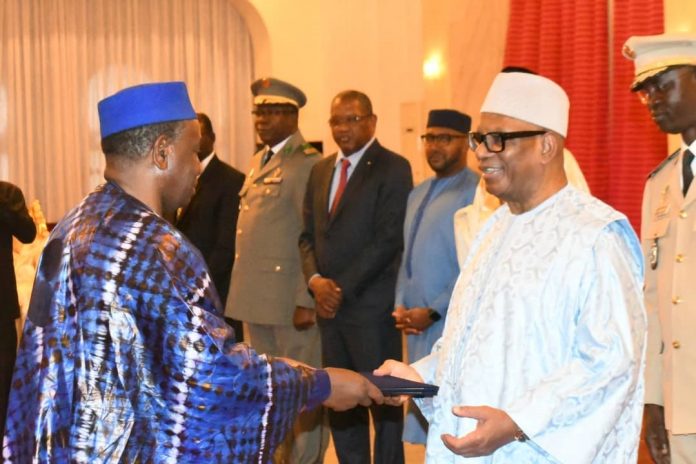 Earlier the same day, he presented copies of the Letters of Credence to His Excellency Mr. Tiébilé Dramé, Minister of Foreign Affairs and International Cooperation of Mali.

Ambassador Ndure was accompanied by Mr. Modibo DIARRA, Honorary Consul of The Gambia to Mali, and Mr. Alagie Jallow, Counselor at the Gambian Mission in Dakar.

Ambassador Ndure conveyed the fraternal greetings of the President of the Republic of The Gambia, H.E Adama Barrow to his Malian counterpart as well as the profound gratitude of the Gambian people for the support provided by the brotherly people of Mali, particularly during the difficult times that The Gambia was able to overcome after the December 2016 elections.

Ambassador Ndure also acknowledged the cultural, ethnic, geographical and linguistic values that the two countries share adding that these common values form the solid foundations of cooperation between the two countries.

This, he said did not only lead the two people to understand each other, but also enable the two countries to organise and cooperate in all areas in order to ensure greater socio-economic development.

He also informed President KEITA of the strong desire of the Government of The Gambia to further improve the ties of friendship and cooperation between The Gambia and Mali for the great benefit of the two countries.

Ambassador Ndure paid tribute to the people of Mali for their fight against terrorism and all forms of violence that dangerously compromise all the progress made by States in recent years.

Ambassador Ndure reiterated that strengthening the bilateral relations between The Gambia and Mali particularly in areas such as trade and investment will be his central focus.

He sought the support of President Ibrahim Boubacar KEITA and that of his Government in carrying out the mission that the President of the Republic of The Gambia, His Excellency Mr. Adama Barrow, has kindly entrusted to him. 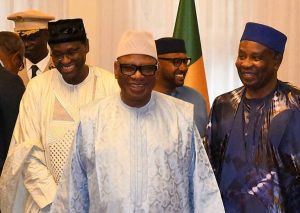 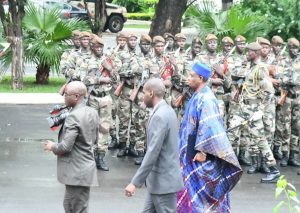