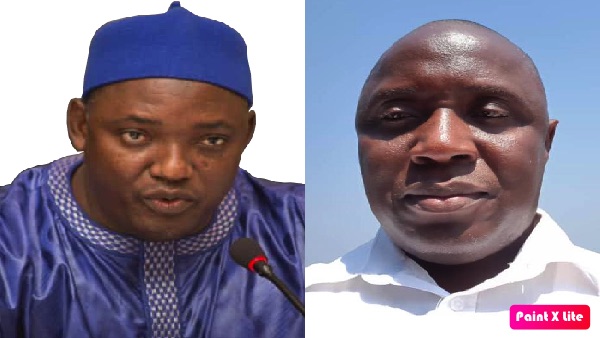 The Gambia Action Party has warned Government to remain vigilant and protect the country’s oil from any funny deals as Senegal plans to start drilling in Sangomar.

“Reliable information has reached the GAP that the Senegalese government wants to commence oil extraction in Sangomar. This is a major concern to us and should be to every patriotic and responsible Gambian,” GAP first deputy secretary general, Omar Beyai told The Standard.

Beyai urged government to come up with a prompt and transparent clarification on the much-anticipated oil drilling.

“We want to draw the attention of the National Assembly to this important matter. We request for their scrutiny and deep reflection to identify the borders between the two countries with regard to the Sangomar oil drilling. Our findings showed that Sangomar is predominantly part of The Gambia compared to Senegal. We want to know the exact percentage ratio and the rundown of the project without any ambiguity. We are tenaciously focused and keeping tabs on the government’s stance on this unprecedented process that our nation is facing,” he added.

The GAP deputy leader continued: “At this crucial juncture, we need to be channeling proper information sharing without any doubt on the national dissertation. Our people should know if the government struck the deal; and at what percentage. Until then, we demand the government to scrap the deal. We call on the good citizens of The Gambia not to wait until the drilling commences and start to raise eyebrows.”

Beyai said in the interest of accountability and transparency, the president must not have the prerogative to sanction official deals of such magnitude without the involvement of parliament.

“We urge all opposition parties to join GAP in this national interest contention before it is too late. We are very much aware of the other oil drilling border deals that Senegal had with other neighbouring countries and their percentage ratio stands at fifty percent each. We endorse for comparable or more percentage points to the Gambia in any deal over these wells cognizant of the fact that Sangomar is mostly on the Gambian shores,” Beyai said.

“We must be conscious of the fact that countries that exploited their resources are facing high crime rates and wallowing in abject poverty. We urge the government to revisit all deals with Senegal and other countries. A GAP-led government shall revoke all malevolent deals. We believe and take this government to be a transitional one and therefore it is must not venture into sensitive deals. We equally challenge and call on the president to address the nation in this regard in an explicit manner to ensure that all the people are inclusive,” he noted.

He said the government should expedite the establishment and enforcement of the anti-corruption commission before entering into such deals or else the country will not reap the benefits.

The Gambia Government has granted new licences to Australian oil and gas companies for those blocks effective October 1, 2019.

The Australian company has since signed new Joint Operating Agreements with Petronas related to the A2 and A5 offshore blocks in The Gambia.

In combination, Blocks A2 and A5 have the potential to contain prospective resources in excess of 1 billion barrels of oil (on an unrisked, best estimate, 100% basis). Both blocks are located to the south of FAR’s Sangomar Field development offshore Senegal.