General warns against politicisation of military 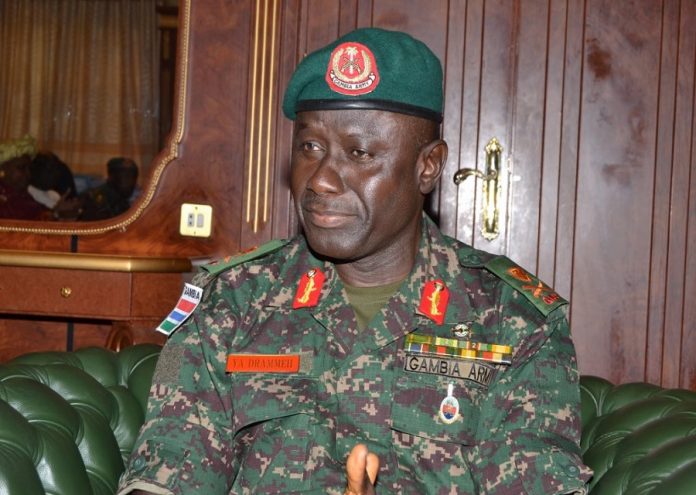 The deputy chief of defence staff of the Gambia Armed Forces, Major General Yankuba Drammeh, has warned against the politicisation of the military by soldiers urging men and women in uniform to stay away from politics, and allow politicians to determine what is good for the country.

Speaking at the decoration of 33 non-commissioned officers elevated to various ranks up to warrant officers at the army headquarters yesterday, Drammeh said absolute and total loyalty to the state and the constitution is required from all military in the discharge of their duties and functions and that politics is not part of their role.

“We should all work collectively to amply demonstrate loyalty in our day-to-day interactions within ourselves and even outside the uniform because it is a requirement that we must be seen to be performing at any given time. Let us allow politicians to do their job. People can say whatever they feel like saying but what is more important is to act professionally, do your job with diligence, and always ensure the work you do is in line with the constitution under a civil authority,” he admonished.

“Peace and security is a prerequisite to societal cohesion and sustainable national development. Our collective aspirations to advance the country to another level cannot be achieved in the absence of peace and security. Hence, collectively we all have to cultivate the culture of tolerance and work towards a more peaceful and secure Gambia.”
Major General Drammeh congratulated the decorated officers for what he calls a “well-deserved decorations” saying promotions in the army are base on emphasis of merit including hard work, dedication to duty, diligence, loyalty, and high sense of responsibility.