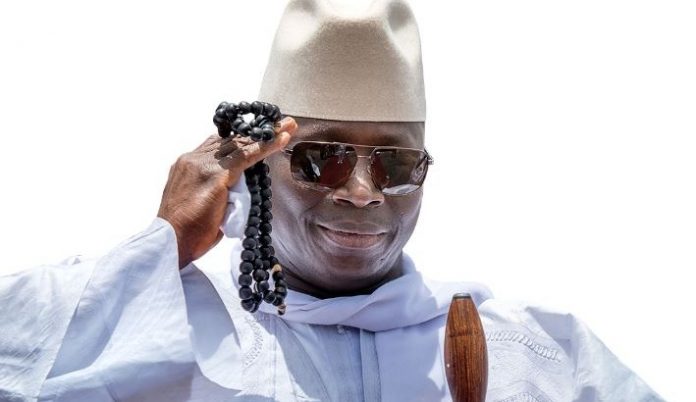 Former President Yahya Jammeh has called for calm in the aftermath of the shooting of Ismaila Tamba in Kanilai.

In an audio shared on the WhatsApp platform, Jammeh said he “knows the problem in Kanilai” and he is “angry” about it more than anyone.

This is the second fatal or near-fatal shooting involving a native of Kanilai since the regime change in 2016. Following a skirmish in 2017, Ecomig forces shot and killed one Haruna Jatta. No report of the investigation into the issue has so far been published.

Tamba, a former soldier now gelé-gelé driver, was hit by a bullet after a soldier fired a gun at his passenger bus for supposedly failing to stop.

The former president, himself a native of Kanilai, speaking from his exile home in Equatorial Guinea, said only Allah knows why things happen “and if they [natives of Kanilai] are angry I am angrier than them because I know what’s going on.

It’s just a matter of time. [But] I’m appealing to them not to take the law into their hands and see what is going to happen.

I want them to leave everything in my hands. I will solve the problem.”

He spoke in English while the National Assembly Member for Foni Kansala, Amul Nyassi, relayed his message to the villagers in Jola.

In a related development, the Armed Forces issued a statement yesterday explaining that “the driver [Ismail Tamba] was challenged by the soldier on sentry duty to stop the vehicle and return to the check point for the routine search procedure as required.

However, the driver failed to do so and attempted to drive away.

In an apparent attempt to disable the tyre of the vehicle, the soldier on sentry duty shot at the vehicle thereby resulting to the injury of the driver on his back.”

It said CDS Masanneh Kinteh “has immediately ordered an inquiry into the circumstances that led to the unfortunate incident” and that “GAF reassures the general public to exercise restraint while investigations are being carried out.”