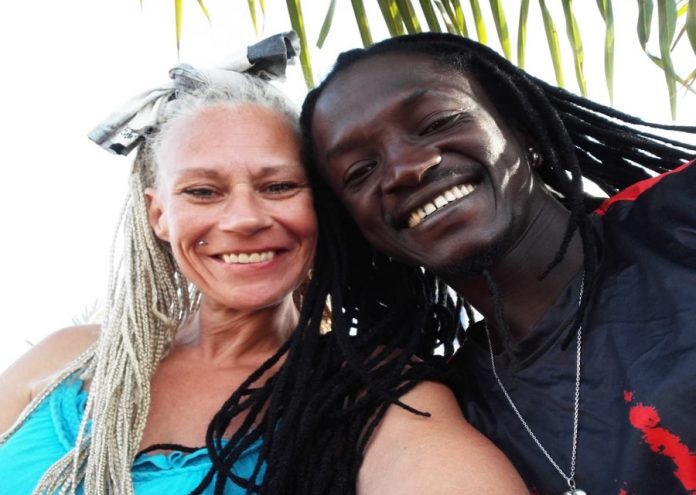 After feeling trapped in a “fake marriage” with a Gambian, a Deutsch lady is now seeking for the recovery of her possessions from her “fake” Gambian husband.
Kornelia Sosseh is a 52-year-old German who has been visiting The Gambia for more than two decades now.

She alleged to The Standard that she was duped into a fake marriage in October 2019 with a Gambian man called Pa Boy Mendy.
According to her, despite the marriage being authenticated at Gambia’s justice ministry, she subsequently realised that many things about it, including the documents and husband’s name were all falsified.

“My ‘husband’ introduced himself to me as Pa Boy. We got to know each other in autumn, 2019 through a friend of mine,” she explained.
Kornelia explained further that few weeks after her acquaintance with Pa Boy, he proposed marriage after knowing that she was visiting Gambia and he seemed trustworthy.
She added that unbeknown to her, Mendy had started making plans for the conjugal union, adding that she had even sent him money for a passport and a new ID card he supposedly lost.

She went on: “Shortly before I flew to The Gambia, I agreed to marry him and so he did the process all by himself, without me knowing Pa Boy Mendy is not his real name. We got married on 27 December 2019 in what seemed to be legal because he had his birth certificate and it looked real. Everything [was] in order. Marriage day came, the process done, we signed with the witness and I was married.”

The Deutsch said she spent six weeks with Mendy in The Gambia and flew back to Germany but few days upon her home-return, she noticed some negative behavioral changes in him.

“He was disrespectful and not picking up his phone, ignoring me and not spending the money I left behind for the right things. I had a strange feeling and I was looking for answers. Through social media, I was able to find out that Pa Boy is only a nickname. Also, I found out he married another woman on 3 October 2019. Apart from this woman, he also has two African women which means he married me with falsified documents.”

The lady said she is reclaiming from Mendy a generator, two smart phones, a wedding ring, a wrist watch, a backpack among other valuables. She added that she has spent at least 4000 euros during her marriage preparations and activities.

“It was always a desire for me to help the people and the country I love [The Gambia]. To have been disappointed after several years makes me really heartbroken, and I am seeking for help,” Kornelia stated.
“The Gambia is the country I love. That´s why I feel so sad about these complaints,” she postulated.

Reacting to the allegations, Pa Boy Mendy, 37, rejected the Deutsch lady’s assertion as an attempt to “damage his good image”.
He denied ever falsifying his documents or committing adultery during the brief marriage as alluded by the Deutsch lady.

“She is jealous. The man who introduced us is even disappointed in her. She accused me of adultery. How dare?” Mr Mendy frowned.
“I am not afraid of her. Let her come and let’s go to court. I am a man. I am not a fake.”