GFF To Scrap Leagues If Emergency Is Lengthily Extended 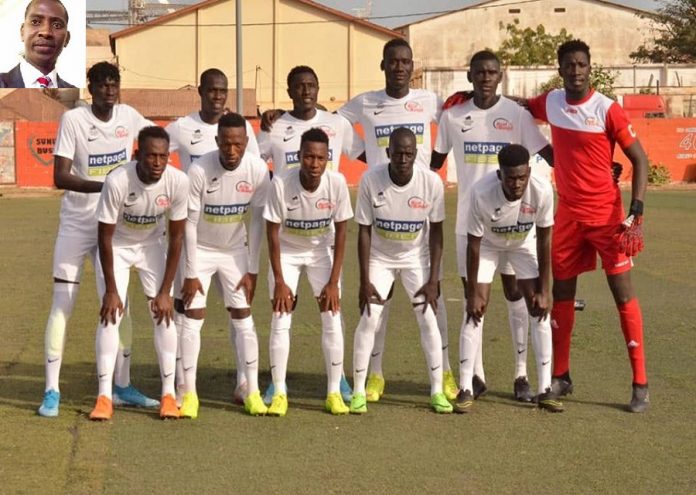 The Gambia Football Federation GFF, said the continuation of the national leagues in all categories depends on what the Gambia government decides about the current state of emergency.

The National Assembly will start meeting today Friday to consider a possible extension. If that happens and covers a reasonably lengthy period, the GFF says it will have no option but to nullify all leagues. However Football House also announced they are committed to continue with football programmes if no extension is made with of course a new table to make up for the time lost already. A statement from GFF yesterday explains further:” Following the government of the Gambia’s pronouncement of the Public State of Emergency and the subsequent suspension of all sporting activities by the Ministry of Youth and Sports due to the corona virus (Covid-19) Pandemic, the Executive Committee of the Gambia Football Federation had extensive consultations with Presidents of League Clubs to sound their views and opinions on the matter.

Sequel to these consultations, the Executive at its meeting held on Saturday, 9TH May 2020 took the following decisions in the event that the current Public State of Emergency is extended to a further reasonable period of time:
· -The GFF Leagues, both male and female will be nullified, thus no champion will be declared
· -There will be no relegation or promotion across the board for both male and female leagues
· -The current First and Second position holders in the First Division League will be accorded the opportunity to represent the country in the next CAF Inter-Clubs Competitions
· -The 2020 Super Nawettan will be cancelled

Consequently, the GFF Football Calendar will be amended as follows:
· -Nawettans must be completed by the end of September, 2020
· The 2020/21 League Season will commence in October 2020
However, if there is no extension of the State of Public Emergency, the GFF League (1st, 2nd and 3rd Divisions) and other competitions will resume from June to August, 2020 to determine the winners, promotions and relegation places.
The GFF is closely monitoring the situation while advising the football family to observe strict adherence to the measures directed by the government of the Gambia, and the World Health Organization (WHO).