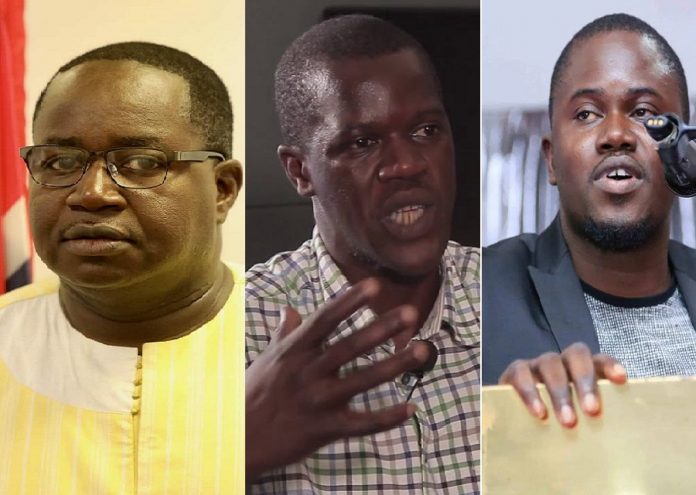 The Gambia Press Union, GPU, has urged Gambian journalists to disregard what they term as government’s unlawful proclamation warning journalists against dealing with members of Operation Three Years Jotna.

The Gambia government in a statement classified Operation Three Years Jotna an illegal movement after their protest turned violent Sunday and warned journalists and businesses against dealing with them.

The government also announced that any person, radio station, business or group that chooses to do business with 3 Years Jotna and or promote their agenda will be in violation of this pronouncement and will face severe consequences.
But reacting to the government’s press release, the GPU held a press conference describing the authority’s proclamation as unlawful.

“The proclamation contained in yesterday’s [Sunday] press release which appears to warn journalists against presenting divergent views is equally as dangerous as it is unlawful,” GPU Secretary General Saikou Jammeh told journalists yesterday.

He added: “It has no legitimate basis, and therefore, we call on the media to disregard it and present as diverse opinions as possible on any issue of legitimate public interest and the issue of the tenure of the president is one such issue. We will challenge any attempt by the government to pursue further with the implementation of this proclamation.”
Mr Jammeh further stated that the reasons the media houses [King FM and Home Digital FM] were shut down are the same reason that several media houses were shut down under former president Jammeh’s regime.

“For we have confirmed from multiple sources, including from the manager, that King FM did not broadcast any information about the protest. The station had throughout the day, until the time it was closed, been playing music that has no bearing on the disturbances.”
The GPU said the closure of the radio stations was arbitrary and unlawful.

“The Information and Communication Act (s36) gives powers to only the Minister of Information to suspend or revoke a broadcasting license. The security has no powers to shut down a radio station. Through our consultations with the minister, we have confirmed that no such order came from the office of the Minister, Ebrima Sillah. Moreover, the laid-down conditions for doing so have not been met.”
The Union said Sunday’s attacks bring to memory twenty-two years of brutal repression of the media under former President Jammeh.

“The modus operandi of this government bears the hallmark of the tactics used by the former government in its disregard for press freedom and the rule of law. As a union, we have engaged the services of a lawyer. Our instructions are very clear: secure the release of the journalists under custody and launch civil action against the state on matters connected with this arrest and detention before any court of law that has the competence to preside over such,” SG Jammeh said.

DUGA
Meanwhile, the Democratic Union of Gambian Activists-DUGA has also condemned the suspension of Home Digital FM and King FM and the arrest and detention of proprietor Pa Modou Bojang and manager Gibbi Jallow, respectively.

“We demand for their unconditional release with any other detained journalists and all confiscated materials returned to the journalists. The media plays a pivotal role towards the development of society and any attempt by security forces to attack and/or intimidate members of the fourth estate is reprehensible and unacceptable,” the group said in a statement.