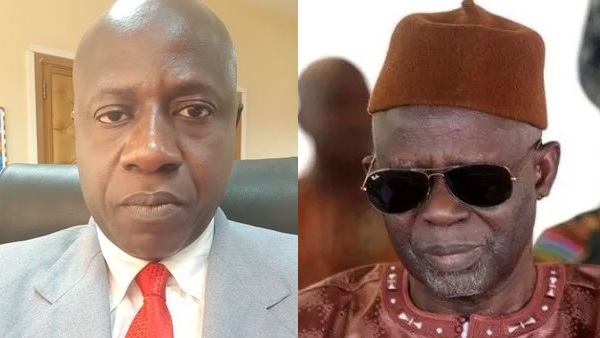 The director general of the national broadcaster, Abdou Touray has responded to criticism leveled against his institution by Ousainu Darboe, leader of the United Democratic Party.
On his return from abroad Tuesday, Mr Darboe condemned GRTS for not only boycotting his welcome but also three other important UDP functions in the recent past.

“This is probably the fourth time that we are inviting GRTS to our events and they have chosen to be absent.
“The first one was the late Solo Sandeng memorial lecture, then the Brufut rally, the Basse meeting and today’s welcoming event,” Mr Darboe alleged.

He said all the media outlets present at UDP functions are private owned.
Mr Darboe said even the national broadcaster’s coverage of the tragic accident involving the UDP youth official Papa Touray and two others was heavily biased because it concentrated only on the demise of their own staff and no mention was made of Papa Touray until he, Darboe himself, had to call a UDP official who contacted GRTS before it was corrected in the subsequent news bulletins.

Mr Darboe said such a behavior is only taking the country back to the dark days of Yahya Jammeh, when the state media refused to cover the activities of organizations they felt were critical of government.

“We are not in that position .We elected this government into power, and UDP played a leading role. We are in control of the National Assembly and the area councils,” he said.
“This is how Jammeh started controlling the narrative and entrenched himself by suppressing the dissemination of other views,” he added.

Darboe added that as the TRRC slogan has it, “such things shall never happen again, and I think GRTS director will take heed of that and deploy his cameramen to the UDP Bakau rally on Sunday.”
Darboe also apportioned blame for this to information minister Ebrima Sillah.
Reacting to these claims, GRTS DG Abdou Touray said the national broadcaster has no deliberate policy of boycotting any party’s rallies. “The issue is we are heavily constrained in terms of material resources. We do not have adequate machinery, cameras and other tools at our disposal to deploy to all functions. This does not even affect UDP or any other political rallies. We do not want to start something we cannot sustain especially because we will be obliged to provide coverage for the activities of all the parties. We have every intention to cover all parties’ functions but because we do not have adequate materials we are not able to do this,” he said.

Touray added that since the country is not in an official political campaign period, the GRTS with its inadequate materials cannot afford coverage to the sometimes weekly rallies of political parties.
Touray further clarified the GRTS however has multiple current affairs programmes such as The Gambia Today, Perspective among others which give platform to all political views or parties in the country.
”This is where matters stand,” he concluded.