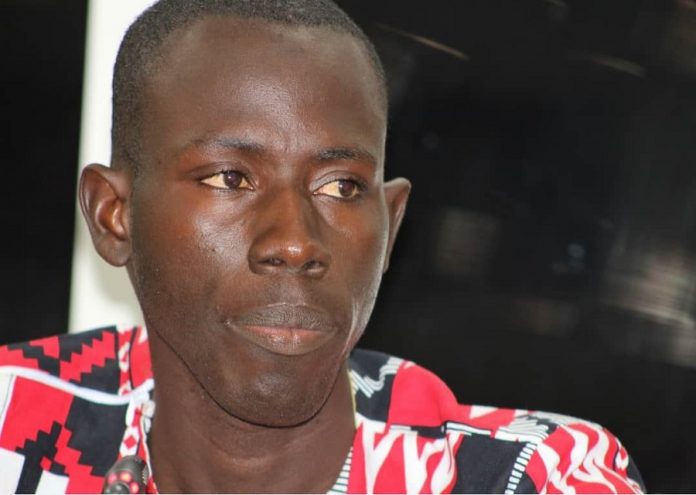 A prison guard who was found asleep when radio journalist Alagie Abdoulie Ceesay famously escaped from his Edward Francis Small Teaching Hospital bed in 2016, yesterday told the TRRC that the prisons chief officer was bribed to let the detained broadcaster slip away.

Ceesay, who was reportedly tortured and hospitalised before fleeing the country was later tried in absentia and convicted on three counts of sedition and spreading false news. He was accused of sharing a picture of President Jammeh with a gun pointed at his head.
Yesterday, prison officer, Ebrima Njie, on guard when the Teranga FM boss surreptitiously left his hospital bed and disappeared, claimed that Ceesay escaped through an elaborate scheme put together by the then prisons chief officer, Kalilou Sanneh. He alleged that Sanneh gave the guards a spiked drink.

“After drinking the juice, we became dizzy, heavy and eventually fell asleep. And around 12 to 1am, a lady who was admitted at Ward Number 10, knocked our door and when we woke up, we realised that Ceesay had escaped,” Njie explained.
He said on the night of the escape, Sanneh visited the hospital and had discussions with him before sending himself and co-guard Edrissa Manga to go and buy dinner and get water.

“We went out while Sanneh was alone there with Ceesay and when we returned he took out a Don Simon [juice] and asked us to drink it with our bread. This generosity was strange [coming from him] but we never had any suspicions,” he recounted.
He said Sanneh bade them farewell as he left for Mile 2 Prison and that shortly after his departure, he and Manga drifted off becoming immobilised and Ceesay slid open the window and fled.

He said when they were roused and discovered the escape, Sanneh was the first to arrive at the scene and returned to the prison with the promise to bring more men to hunt Ceesay.

He said they searched for Ceesay in futility and returned to the prison where they were arrested by a team led by Sanneh himself.

Njie said he was taken to the NIA where he spent two months, three days in incommunicado detention. He was charged and remanded in custody during trial for nine months before he was acquitted and discharged but was sent home and not paid salary even though he was neither written to nor dismissed.

He said it was during his detention that he got the information that Sanneh orchestrated Ceesay’s escape after he was bribed with money.