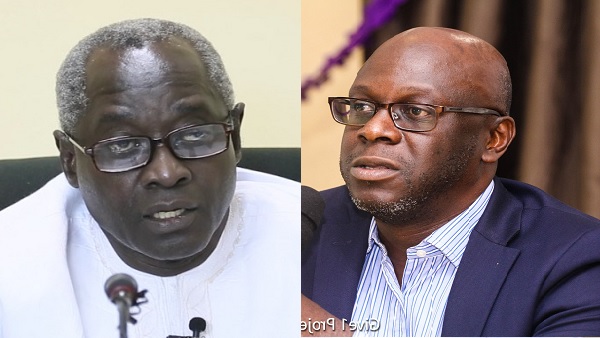 “I humbly move that this august assembly summons the vice president to come and answer three fundamental questions: Why the motion for the extension of the state of public emergency for a period of 45 days with effect from Wednesday 1st July 2020 as per the Order Paper of 30th June 2020 was withdrawn? Has a state of emergency been declared since the National Assembly commenced session?
“If so, when was it declared and under what authority? What emergency power regulations are currently enforced and under what authority? How does the executive compute time to determine the expiry of each declaration of a state of public emergency since 18 March 2020?

“Answers to these questions would provide sufficient evidence for the National Assembly to determine whether the executive is acting in line with the letter and spirit of the constitution it has taken to respect, uphold and enforce or not,” Sallah told fellow parliamentarians.

The motion was subsequently adopted by the members and now awaits the vice president to appear before them to provide answers to the aforesaid questions.
Meanwhile, the Gambia Bar Association has described President Adama Barrow’s endless state of emergency declarations as a ‘dangerous precedent’ to the country’s democracy.
The BAR was reacting to the president’s latest state of emergency declaration on July 7,the third so far without consulting the National Assembly.

The Bar Association said the declaration of a state of emergency consecutively by the President on the 19th May 2020, 10th June 2020, 1st July 2020 and 7th July 2020 “is in effect a usurpation of the powers granted to the National Assembly and is a dangerous precedent for our democracy.

The purported declarations by the President are in essence extensions of the existing SOPE already declared on 18th March 2020 and 26th March 2020 respectively which were subsequently extended by the National Assembly. It is our view that section 34(6) does not give the President the unfettered power or a carte blanche to declare a state of public emergency consecutively based on the same emergency (here the Covid-19) thereby circumventing parliamentary scrutiny and oversight, which is an essential check on the exercise of such emergency powers.”

The Bar went on to argue that the right and proper course of action was for the Executive to table a motion to extend the state of emergency before the National Assembly in line with the constitution.

The lawyers also urged the National Assembly “in the discharge of its function as an oversight body of the Executive to be cognisant of their responsibility as servants of the people and be influenced by the dictates of conscience and the national interest in line with section 112 of the Constitution.”