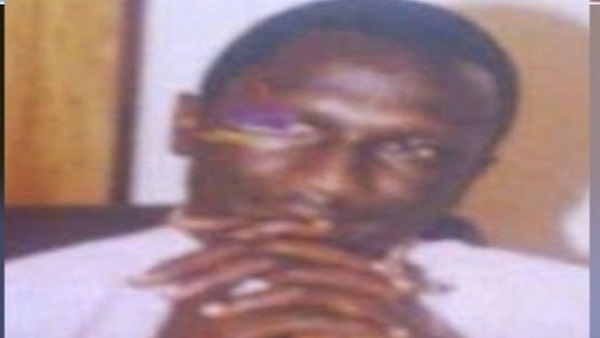 Even as you rest, likely, with the imaginary simile of yours that many and myself today painted to console our hearts with, I send you patriotic greetings from the compassion of an inspired youth.
On the 10 of March 1962, when you announced your arrival, the roots of patriotism rejoiced. However, this would only last till my arrival became your premature departure date.

However, you have spoken to many… “Ousman, [You] loved and lived for Africa. [You] always told me that Africa is on the threshold of a golden era. [You] believed so much in the vitality of Africa’s youth”, yours was the possession of a visionary leadership fortified by a principled character until the naked brutality of a cult of sadists consumed you, and no! They will not even silence nor consume you- for you lived on patriot even today, but when they die… we will forger them!
You called, and assured mama you were coming back. At the airport, Peter and Yakuba Touray would soon block your car with theirs and later offer to drive you to death. The pestle was in store, ready to hammer off that skull of yours that won’t be corrupted…
Didn’t you say Ousman, you were going to give us a remarkable budget speech of which we will be so proud? But like Martin Luther King never delivered “Why America May Go to Hell” the brutal pestle of the callus junta became a replacement for the bullet that runs through the chest of Martin Luther King, as he felt to the loss of America and you to the loss of The Gambia.

…and later, they drove toward the Jambur end, to burn your corps. And there, you were left to smolder to ashes. In the morning, when the citizens you so desired to protect from the looting machines came, they cried blood and but even spoke the truth “He is killed by the Junta”.
Hear me Koro, the tears of a friend charged me to inform you, you are a legend of the Gambia financial arena, for you died in protecting and safeguarding financial principles and ethics. In this telling, you are a role model to the inspired youth.

Killed by the junta, and there was none to immediately inform the relations, and daring Mama. Therefore, the phone kept ringing, but who would broke the new… “Let me just confirm”… “Is Koro Ceesay at Home”? “No he…” and the trend continued.
So, tell me Mr Ceesay don’t you even think of mummy, you were her only chap dove? Was she second to The Gambia? It was a stage whisper, you were warned Koro… even then you nurtured on purpose, more courage to steer you to the just cause. There was work to be done rightly, and there was no turning back, not even for the domoro mama prepared for you! In any case, you…you, Koro loved The Gambia.
Tears would later occupy a helpless inconsolable nation that lost its great son to the cruelty of the gun keeper.

By Sulayman Danjo The death of Sheikh Hattab Bojang: Sheikh Hattab delivered his last address to the people of Gunjur two days before he passed away, on...
Read more
Tribute

By Aisha Keita Our father was a hero and a man of God. He lived a dignified life, a life filled with touching lives by...
Read more
Tribute

When my good friend Alhaji B. M.Tarawalle aka Ba Tarawale died on Monday March 1, The Gambia lost its last surviving journalist of the...
Read more
- Advertisment -