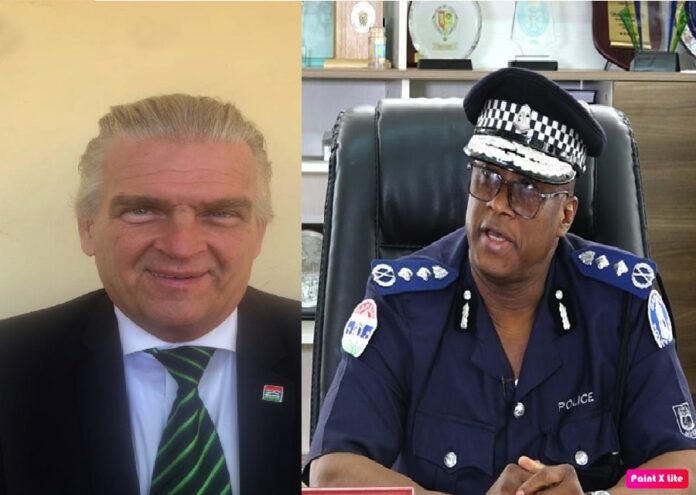 Speaking to The Standard yesterday, the Hungarian diplomat who has been involved with The Gambia for the past 21 years said IGP Jobe was “a gentleman of the first order who did everything for The Gambia and not for himself”.

He said two years ago he facilitated the visit of IGP Jobe to eastern and central Europe including Hungary.

Ambassador Gulyás explained: “Hungary is a leader in global policing. IGP Jobe wanted to explore opportunities for security cooperation between The Gambia and Hungary particularly in the areas of training for police officers and prison reform and prisoner rehabilitation. As you know the OIC summit is expected to be held next year and it will be a massive security activity and he wanted all the help he could get. In fact, at a broader level, IGP Jobe was working on trying to establish a sub-regional police training headquarters in The Gambia.

“Hungary is a model when it comes to prison reform and prisoner rehabilitation.  In Hungary, you have a system where prisoners work to make boots. Factories and assembly plants are built nearby. So eventually when the prisoners are released, they would have acquired valuable skills and hopefully they would not re-offend and go back to jail. IGP Jobe wanted the same for The Gambia’s prison services. We were working on getting the technology to The Gambia and   hopefully secure funding for it from the EU.”

Ambassador Gulyás said the death of IGP Jobe has created “a big vacuum that would be difficult to fill”. He exhorted his successor to continue with the late police chief’s initiatives to make The Gambia Police Force a model security force in the country.