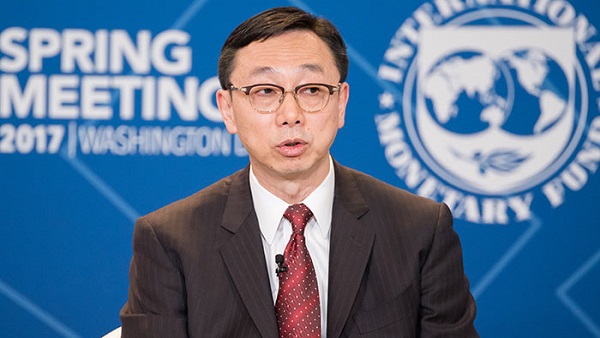 The International Monetary Fund is coordinating efforts to help debt-ridden Gambia get relief from its creditors, Tao Zhang, the deputy managing director of the fund, said.

Delivering a lecture on the theme “Gambia on path to progress” at the Kairaba Beach Hotel Monday, Tao explained that “unlocking financial support from donors is one critical challenge [which] can be overcome by resolving The Gambia’s unsustainable public debt challenges”.

He said the country is under external debt distress and the situation is not sustainable.

He disclosed that the Gambian authorities met with creditors last month in Washington and discussed means of accessing debt relief and the response was positive.

“I am pleased to say that most of the creditors at the meeting have indicated their support and government is following up on this development,” he reported.

In May last year, an IMF staff team visited The Gambia to assess the implementation of its ongoing programs and cautioned the government to refrain from any sort of external borrowing.

The team also urged the country to focus on a sustainable debt management policy, and use domestic loans to roll over the existing bonds.

According to the Gambian authorities, debt servicing currently takes 50% of the country’s domestic revenue, and therefore it cannot afford to take on more debts without dire consequences.

Finance Minister Mambury Njie said the country’s micro economic performance has been “remarkable” since January with growth rebounding to 6.6% in 2018 while “inflation recession has rescinded as the confidence in economy returned.”

He stated: “The re-establishment of physical prudence has reduced the government’s domestic borrowing, enabling a recovery of private sector credit.

This has in no small measure been made possible thanks to financial support from our international partners, but we cannot rest on our laurels as public expectation is rightfully high.”

Njie said as a finance minister, his task is to consolidate recent micro economic gains through fiscal probity and to continue with ongoing efforts to increase the fiscal space for much-needed social and investment spending.

“This will require perseverance in enhancing domestic revenue mobilization, notably by broadening the tax base and curbing tax evasion and prioritizing public expenditure,” Njie added.

Lamin Camara, a former permanent secretary at the Ministry of Finance who is now at the Agriculture Ministry, told the gathering that external debt relief will not entirely solve the country’s debt situation, saying the domestic debt is currently more than half of the total debt stock.

The Barrow administration promised a lot of cost-cutting measures in 2017. They include reducing the fleet of vehicles and the number of civil servants resulting in savings of D3 billion.

But Camara said the vehicle policy which the Finance Minister Mambury Njie claims is being reviewed has been abandoned, saying new vehicles are being bought by the government.