Saikou B Jarju , a former employee of Gamstar Insurance and resident of Sukuta, who was mentioned by Sanna Sabally as a suspected agent planted to spy on him, has reacted to the former AFPRC junta vice chairman's comments. 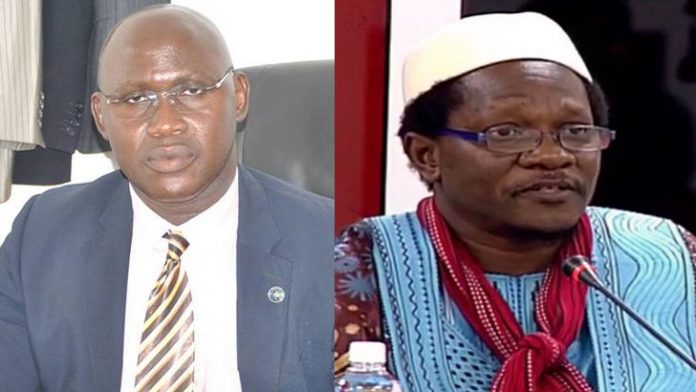 Saikou B Jarju , a former employee of Gamstar Insurance and resident of Sukuta, who was mentioned by Sanna Sabally as a suspected agent planted to spy on him, has reacted to the former AFPRC junta vice chairman’s comments.

In a write up shared with The Standard, Mr Jarju said:

“Sanna Sabally was introduced to me by Mr. Musa B. Suso, say around 2003 when both were convicts at Mile 2 central prisons. This was a time when I used to provide Musa, a childhood and bosom friend with regular provisions such as newspapers; at times pay him a visit at his request whenever he sends me a GATE PASS.

Being my best friend, a childhood friend for that matter, I stood by him all the time especially in his moment of need.

On one of my visits to him (Musa), he spoke to me broadly about Sanna Sabally, and his desire to study finance when he is released and the need to give him a support if I can. He asked me to be providing Sanna with provisions, newspapers, and other reading materials because according to him, Sanna is one guy who loves reading.

He told me how the prison reformed Sanna religiously, and so I should step in for Sanna the same way I did for him if I can. I told Musa as a friend, since you asked me to help Sanna, I surely will. This is how my connection with Sanna started and this was how I began offering him help which started even before I paid him a visit at the prisons.

Sanna may have forgotten but my visit to him was at his own invitation when he sent me a Gate Pass and not the other way round. I believed prison records will help confirm this. I appreciate his acknowledgement of the fact that I was of great help to him whilst in prisons and outside prisons but I was surprised, devastated and disappointed when he gave the following account against me.

1. That I visited him in Mile 2 with my wife. This is not true, it defies logic and he owes my wife and apology. It was the other way round, instead of my wife visiting him, he visited my wife along with me. That is, myself and Sanna on our way to visit his home village Kassakunda a day or two after his release from prisons. We passed by my compound where he met my wife for the first time and gave her thanks for the support and thereafter, I drove him to Kassakunda to see his family.

2. That I came to visit him out of the blue or from nowhere is just unbelievable knowing that I was sending him newspapers and other things even before we first met face to face at Mile 2 .

3. That I visited him through the express permission of President Jammeh, or if not, through the permission of the then CDS Baboucarr Jatta must be fixed by him or perhaps because he forgot or could not recall how we first came to know each other.

4. More devastating is to hear him say that he believed I was an implanted agent for his future potential assassination. I think he owes me a strong apology on this matter. I have never been an undercover agent anywhere and at any time in my entire life for the state or any other entity. I was never in Government payroll all throughout my life. Instead I spent my entire professional career working for private Organizations and not the other way round.

Everything I did for Sanna was out of good intention and it is something I don’t want to dwell on but what is clear is that, I dedicated all my life to helping people but not destroying them and this is what makes me what I am today.”