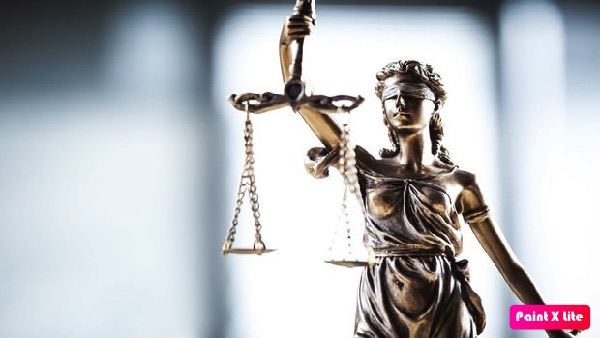 How many times have we expressed our opinions about someone, stating that this person is like this or that? We have based our opinions on hearsay; someone has told us something about someone else and suddenly that becomes our truth. So many things can go wrong in human relations, but most of the issues could have been solved through communication. Instead of holding grudges, we should speak to the one it concerns in an honest attempt to solve the situation. What if there is no issue, only a misunderstanding? We find ourselves in a situation where we realize that we have wasted a lot of time and energy for nothing.

I wrote about gossip and rumours a while ago and I found that I wasn’t ready with that subject. Suddenly I found myself in an unexpected pickle where someone had decided that I am in a certain way and that person didn’t approve of that. I was judged without a trial and that was extremely hurtful. I am a human being, with my faults and flaws, just like everyone else. I can be impatient, impulsive, and get really angry if someone disrespects me. Isn’t that ”flaws” that most of us have in common? Some react faster and harder than others, but sooner or later there will be a reaction of some sort. When I do something wrong I am the first to acknowledge that and my conscience pains me terribly. Being a proud person, which I am, it can sometimes take a while for me to apologize but I do try to solve the problems I have caused.

So about my ”pickle”; I really don’t know what I have done wrong but that someone who has caused problems in my life has decided that I am wrong, am not worthy, am not good enough. How can I defend myself if I don’t know what I have done? Even criminals are allowed to defend themselves, but I am not and that hurts me. When we pray to God and ask Him to forgive our sins he is merciful to forgive us if we pray sincerely and repent. It seems to be so much harder for us humans, no matter how spiritual we consider ourselves to be. At the moment there is nothing I can do to try to solve my problem. Little as it might appear for someone else, it is painful for me.

While I am pondering over this issue, my mind goes to those who are in a much worse situation than I am. I am free to go wherever I wish, but there are so many people around the world who don’t have that freedom. Too many are taken in custody and they have no idea of when, or if, they will be free. If we look at the US there are a lot of people who have been arrested for a long time, many times accused of something they haven’t done. It is of higher risk to be an African-American in the US, and it doesn’t seem to matter if you are poor or wealthy.

We have heard stories about African-American people who have gone into their own apartments, and suddenly the police are there, knocking on their door. Someone in the same apartment building has called the police and told them that some black people have been breaking into someone else’s flat.

I heard a story of a girl who was studying at one of the universities in the US. She had fallen asleep in the living room the students were sharing. Someone else, who didn’t know this girl, called the police and told that a black woman is sleeping on a couch and wanted them to arrest her.

She lived in this dormitory together with a lot of other students. The person who saw her there could easily have woken her up and asked if she was okay and if she lived there. Once again a lack of communication is causing a lot of trouble. People suddenly find themselves in a humiliating situation and still they have done nothing wrong.

Often we can see videos of white people who feel intimidated by black people, even if the black people are only out for a run or are having a barbeque. It is 2021 and still, a lot of white people feel that black people shouldn’t have free movement in society. These white people generalize the blacks and claim that they are in a certain way – a bad way. I have a friend, a Gambian woman, who lives in Atlanta, Georgia, USA. She has told me that she is too afraid to go out to exercise, take a run, etc. It was in Georgia where there was a shooting some weeks ago and a white guy shot and killed several Asian-American women and also a police officer.

What we have seen too many times is that when white guys shoot and kill, they are treated differently than black guys. The police officers who interfere and who arrest the perpetrator are not acting as violently towards the white guy as they mostly do towards a black. Thanks to the killing of the African-American man George Floyd people have begun to react and demand a change – both white and black people. Amazing that it has taken this long to try to find some acceptance, considering how long African people have been living in the US.

Let us go back home, The Gambia. Let us look back at the awful time period where you all lived under such fear. So many were accused of the most outrageous things, like being a witch or have said something to someone and that person had brought it further. Too many were judged without a trial, too many lost their lives in the most brutal ways just because someone was so filled with his own importance. It is scary to think that we still live with these people among us. They still take a lot of space in our society and God forbid that they will be able to get in power again.

#neveragain must mean something, and not only be a slogan printed on t-shirts sold at the market. People seem to forget easily, but the atrocities made by perpetrators in The Gambia must never be forgotten. The Nazi party in Germany is forbidden and whenever these trolls pop up they are taken down again by the authorities and the citizens of Germany. Why can’t we do the same in The Gambia? Why is the APRC still living and kicking? Why don’t we have a leader who is able to put an end to it? Can it be because he and his back patters gain on it?