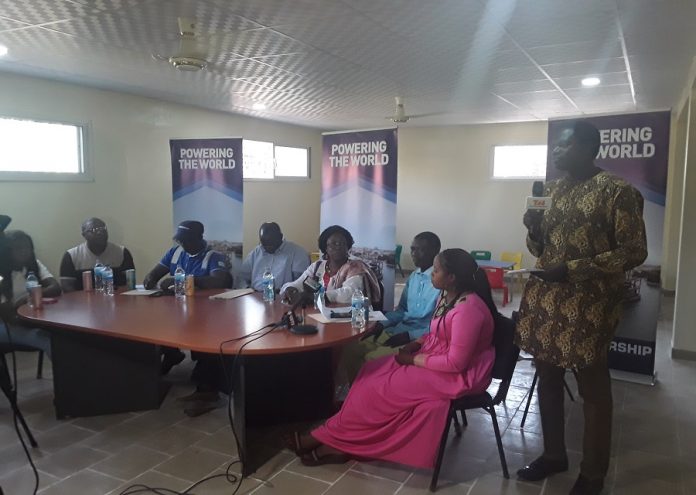 Karpowership, a Turkish energy company operating in The Gambia on Thursday inaugurated the renovated and refurbished National Library branch in Brikama at a cost of at least five hundred thousand dalasi.

Speaking at the handing over ceremony, the director-general of the Gambia National Library Services Authority, Mrs Matilda Johnson, said the refurbishment was an early Christmas and New Year’s gift to the people of Brikama and its satellite villages.
“There were times when it was so difficult for the library that people would sometimes come here and have no place to even sit and read. And some would use their mobile phones for light. So when Karpowership came to me for help, I pointed out the Brikama library first because it needed alot of renovations.”

She expressed her satisfaction with the works contracted to EG Enterprises.
Regional Educational Director Lamin Fatajo said the government “cannot do it all alone” and needed help from private institutions to boost the government’s provision of services to communities and the country.

He said a library “is not just a place that you come and learn; you can also improve your learning and professional skills. Even in some countries, it serves as a home for refugees or the homeless. You can learn better in libraries than anywhere. They also preserve our history and culture and you can have the truth and facts in the library especially in this generation.”

The country director of Karpowership, Yankuba Mamburay, told the gathering that Karpowership is a global energy company operating in many different countries around the globe.

“Karpowership is a Turkish company and is the only owner, operator and builder of the first Powership fleet in the world.As many of you already know, Karpowership has connected its 36MW Karadeniz powership Koray Bey to The Gambia national grid in early 2018 and started generating electricity on 2nd May 2018. This came about as a result of power purchase agreement signed by Nawec and Karpowership in February 2018,” he said.

He highlighted Karpowership’s achievements and interventions in the country.
Sheriff Bojang, who chaired the event said Karpowership puts a very high premium on its corporate social responsibility and listed the Edward Francis Small Teaching Hospital, orphanages, fisher-folk, the National Environment Agency and the wider Gambian community as recipients of Karpowership assistance.

The vote of thanks was delivered by Mr Alieu Sonko, senior library officer. Other speakers included Mr Omar Fatty of the West Coast Region Commissioner’s Officer.
The works include an expanded and refurbished reading room, children’s area and furniture.