Lawyers in support of president take NAMs to supreme court 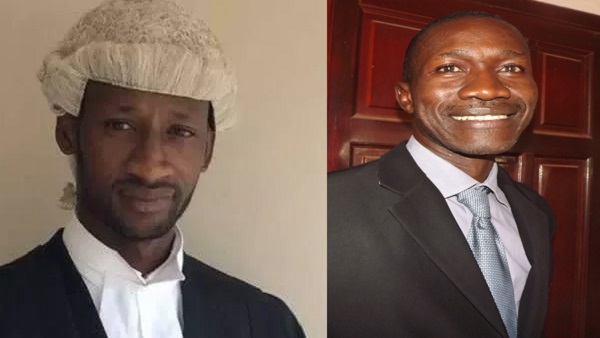 Lawyers Lamin Mboge and Ibrahim Jallow have instituted a suit at the Supreme Court asking for the apex court to definitively declare that President Barrow acted within his powers in removing Ya Kumba Jaiteh as a nominated National Assembly Member. The process of admitting the suit is expected to be completed today, sources confirmed to The Standard.

Thirty-one NAMs including Ms Jaiteh, the Majority and Minority leaders, PDOIS’ Sidia Jatta and the Attorney General have been named as defendants in the suit.
The plaintiff lawyers are asking the court to declare that the president has the power to revoke his nomination of the Jaiteh as a member of the National Assembly; that the act is constitutional and valid; that “the purported” resolution of the National Assembly signed by the parliamentarians on Monday, 25 February 2019, is “procedurally defective, illegal, unconstitutional, fraudulent and therefore impermissible and contrary to public policy”; and that a perpetual injunction be issued restraining Ms Jaiteh from occupying the office as a NAM on the ground that her nomination is revoked by the president who nominated her into that office.

Mboge and Jallow also argued that Ya Kumba Jaiteh “had become a moral and political liability” to the president particularly when at a political rally of the UDP in Gunjur, “fermented” the president in these words: “The president’s mother is not the only woman who gave birth to a son” in the Mandinka language.
Meanwhile, earlier in the week, supporters of Ms Jaiteh also went to the Supreme Court asking for an injunction against the president’s action and a declaration that it was unconstitutional.

The old adage states that business environment reform not only promotes the development of markets that encourage competition but enhances effectiveness and capability of...
Read more
News

The editor of The Standard, Lamin Cham has said his paper stands by its story captioned: APRC CONFIRMS COALITION TALKS WITH NPP as the...
Read more
News

By Momodou Darboe & Mafugi Ceesay PDOIS' Halifa Sallah has brushed aside assertions that the Local Government Amendment Bill 2020 has been thought-out to settle...
Read more
- Advertisment -

July 14, 2020
The old adage states that business environment reform not only promotes the development of markets that encourage competition but enhances effectiveness and capability of...