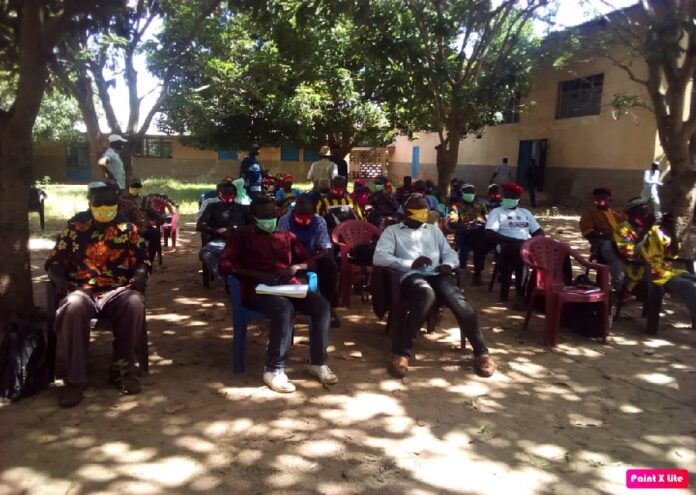 Alhagie Abubacarr Sonko, representative of the chief of Lower Niumi, has called on village and ward development committees in his district to put aside their political differences and focus on national development for the betterment of the country.

Sonko, a well respected elder in Essau made these remarks at the closing of a one-week capacity building training for local authorities on the Local Government Act and the role of Youth and Women in decentralization process across four regions of the country.

The event was organised by the National Council for Civic Education (NCCE) in partnership with the United Nations Population Fund (UNFPA).

Sonko said training for local authorities is prudent to the realization of national development priorities.

“Any development agenda from the government should be discussed with Ward Councilors to see how things should be done but if the Alkalolu’s or the village development commiittee’s by pass each other on concerning matters the our development would be retarded,” Sonko said.

The Essau Ward councilor Kebba Jallow, said councilors within the region are “united, strong and undivided even in politics, despite the fact they comes from different parties.

He stated that Gambia belongs to everyone and if it gets destroyed then its everyone’s fault and people should be careful not to be swayed away by position.

Bakary Juwara, said the UN funded project could not yield benefits in the absence of peace.

“We have observed some missing links between the Alkalolu and the VDC in many villages, where projects will start and would not be completed. We are optimistic that this training will go a long way in addressing those missing links.”

- Advertisement -
Share
Facebook
Twitter
Pinterest
WhatsApp
Previous articleOver 32,952 people are affected by floods in Gambia
Next articlePanel discusses what it would take to realize the right to information in The Gambia
Join The Conversation