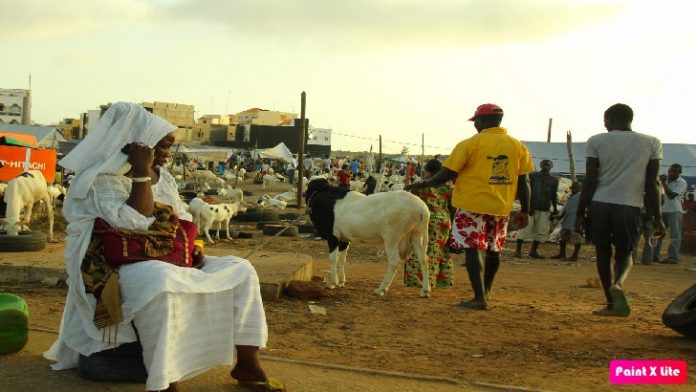 In every group of being or thing which Allah (SW T) created, there is always that one or chosen few which stand out as special and are the best among the whole lot. Those, in other words, that are primus interpares.

There are 24 hours in a day, and the best hour in the day of Friday, the hour when all supplications are accepted, is sought from the afternoon (asr) prayers until the sun sets. Some scholars have maintained that this best hour on Friday when supplications are accepted lasts from the time the imam sits on the pulpit to deliver his Friday sermon until he finishes the Friday prayer.

There are many nights, and the best of nights are during the last ten days of Ramadan. Among the blessed last ten nights of Ramadan, is the special night of Lailatul Qadr (i.e. the Night of Power) which is better than a thousand months.

There are many sources of water, the best is the Zam Zam water which is found in Mecca. Muslims are highly encouraged to drink Zam Zam water, a cure for both wellness and illness. There are 365 days in a year, and the best days are the first ten days of Dhul Hijjah.

Dhul Hijjah is the last and 12th month of the Islamic Calendar and it is among the four holy months already mentioned above. During the first days ten days of Dhul Hijjah, we have the Days of Yawmul Arafat and the Sacrifice (or Tobaski as we locally know it), which are the and 10th days of Dhul Hijjah consecutively.

Having established that the 10th of Dhul Hijjah (or Tobaski) is among the ten best days of the year, it is also equally important to understand why th1S is so. There are no days in the year more beloved to Allah SW T than the first ten days of Dhul-Hijjah as they combine acts of worship in a way unlike any other time.

The first ten days of Dhul Hijjah are distinguished due to the combination of acts of worship during this period which include the five daily prayers, optional and highly encouraged fasting, giving out in charity, performing the rites of pilgrimage (or Hajj in Arabic), and pronouncing specific words of praise and exaltation the Might and Grandeur of Allah (swt) The Most High.

It is only during the first ten days of Dhul Hijjah that a Muslim can perform the obligation and rites of Pilgrimage (or Hajj) in Mecca.

There are many authentic prophetic narrations which have been documented exhorting Muslims to do good deeds during the first ten days of Dhul Hijjah. Below are few of such narrations. The Prophet Muhammad (saw) said; “There are no days in which righteous deeds are more beloved to Allah SW T than in these (ten) days’. [AbuDawud].

The Prophet Muhammad SAW said, “There is no day on which Allah SWT frees more people from the Hellfire than on the day of Arafat (i.e. the 9th of Dhul Hijjah). [Muslim]

The Prophet Muhammad SAW also said, ‘It (fasting on the Day of ‘Arafah) expiates the sins of the past year and the coming year’.

All praises are to Allah SWT for being part of a group of Muslim youths who endeavored to do good deeds during this period and only for the Sake of Allah (swt) inshaa’Allah when the rewards of doing good deeds are multiplied manifold.

Groups of promising young Muslims freely gave out rams to poor Imams which was greatly appreciated. Young Muslims groups visited Imams and opinion leaders in various communities during the Tobaski period in order to foster peace, understanding, cooperation and unity among Muslims, which was greatly applauded. I therefore take this opportunity to warmly say to His Excellency The President, his government, and the entire people of The Gambia, ndewenatll

I also take this opportunity to pray for everyone as well as seek forgiveness and prayers from everyone else. May Allah (swt) accept our worship and sacrifice during this Tobaski. The challenge of living with Covid-19 in the 2 ISt century is indeed great. To those brave souls who have sacrificed and publicly announced their sickness and recovery from Covid 1 9, we ra that may Allah SWT bless you giving us great hope that the recovery rate from this bizarre illness by far outweighs any mortality.

To all those working hard to contain the spread of Covid 19, from the Head of State down to the lowly cleaner in the streets, we say thank you and pray that may Allah (swt) reward you all abundantly.

During these desolate times, what we really need is less panic, less stress, more hope, more optimism, more charity and more prayers, whilst strictly maintaining the wearing of face masks, washing of hands, and observation of responsible physical distancing. However, the most important multipurpose institutions for me which perhaps should not have been closed, are the mosques.

These specialised holy institutions operate as food and money banks, spiritual and physical healing multipurpose centers. There are people who cook food everyday as charity and take to the mosques where poor people who will never beg, go to eat at least two important daily meals.

The Imam Omar Sowe Lasso Wharf Mosque in Banjul and the Pipeline Mosque are very good examples. There are Good Samaritan Muslims who give out cash charity every day to mosques where poor people, Muslims as well as non- Muslims, flock every day to get daily cash rations.

There are people who are very sick, and who go every day to the mosques to seek prayers for hope and wellness. The mosques are the most pro-poor and pro-disabled institutions who work day and night to serve various needs of the poor of all categories. Myself and certain concerned groups have closely engaged mosques and their committees to ensure that all worshippers wear face masks (that is, this makes it even more easy now that the wearing of facemasks is compulsory), bring along prayer mats, sanitize or wash their hands before entering the mosques, do not shake hands before and after prayers, observe adequate physical distancing before and after prayers, and leave the mosques immediately after prayers.

Anyone who does not adhere to the above, will unfortunately not be allowed to pray in the mosques. We have identified sentinels for these roles, and even secured funds to procure and donate free masks (clean and certifiable masks).

We Muslims love to pray and the congregational prayers is assured of acceptance, is more rewarding and gives great hope during such trying times.

The following logic is simp  undeniable, since other business outside of the mosques are operational with clear measures to ensure non-contraction of the current contagion, likewise we solemnly promise to assist mosques to strictly adhere to all hygienic measures in order to prevent the spread of Covid- 19. Besides, mosques do not open for long periods to do prolonged transactions.

Mosques will now as part of any new measure open and close nothing more than 10 minutes just to observe prayers and that’s it. To all of the relevant stakeholders, please kindly give us our salibo by reopening the mosques with some, all, or more of such above proposed new measures to reopen the mosques.

Muslims who want to pray, will pray and strictly adhere to all new measures. This is a promise which we shall not fail to observe inshaa’Allah.

Muslims who want to pray at home or their offices, will still continue to do so safely. To Koto Sherrif Bojang, I respectfully ask, where is my salibo? Shall I come for it? In all earnestness, you have indeed given me much more.

There is definitely no more I could ask from you except to repeat my favourite prayer, may Allah SW T bless your pen, ink and paper. JazakalAhu Khairan.