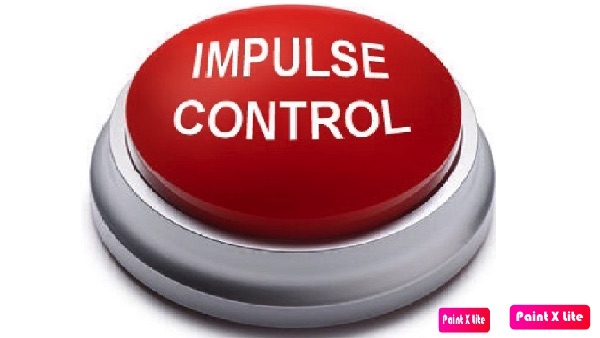 Let’s speak about this topic for a while, or should we maybe look at this from another angle – the lack of impulse control? a patriarchal society we raise our girls to become the perfect victims.

We raise them to be shy, silent and submissive and fill them with rules, regulations and shame. Their private parts and their evolving bodies are never spoken about, instead we make them understand that it is their responsibility to protect their chastity whatever the cost.

Things are considered haram, taboo and too shameful to speak about, so how will our girls learn how to protect themselves? Protect themselves against what? If they have no words for it, they can’t seek help if needed. They are taught to be so innocent so they become very vulnerable.

Problems don’t disappear just because we don’t speak about them. We should always, at any cost, protect our girls against any kind of abuse, but instead we begin their lives by cutting their private parts to control their sexuality.

Isn’t it a bit sick to think about small girls and sex when they are as small as two years old – as the little Gambian girl in Casamance a while ago? For me, that is giving the wrong signals and pedophilia is the word that comes to my mind.

Instead of educating our boys and men, we abuse our girls and fill them with shame for something they can’t be blamed for. We make our girls go through excruciating pain and humiliation, we do it in the name of chastity, but the FGM procedure is nothing else but child abuse.

A small child with very limited vocabulary can’t express his or her fear, pain and feelings of humiliation by any other way but crying. We believe that the child will forget the procedure, but the child’s body will never forget. When something happens that triggers these emotions, the body is reacting before the mind. think you understand what I mean.

I think that many of you have felt something that made you react in a way that you couldn’t understand. I can give you one example: I panic when someone is trying to hold me tight and refuse to let me go.

I also panic when I am closed in a some small space, like a seat on a plane. It took many years before I understood what made me react like that. I have been studying psychology, which has helped me to understand myself and others.

I thought a lot about my reactions but it took a long time before I understood this particular reaction. The reason for my reaction was that my mother often locked me in some small space and I was forced to stay there for hours.

My mother had a labile temper and she could quickly turn from happy to angry. I grew up with sexual abuse, different kinds of physical punishments and humiliation. As a teenager I promised myself that if I ever get children I will never treat them as I had been treated. By the grace of God I managed to keep my promise, but it was a struggle.

Inherited habits are hard to break too, so many times I had to force myself to think before I reacted on something my kids did.

Original sin, a bit of a strange term, I prefer the way we describe it in my language. We call it arvsynd which means a sin that we inherit from our ancestors. Some people interpret that term in a way that if our ancestors have done something really bad, then coming generations will be punished for it.

They might be struck with illness or get children that are born with some kind of handicap. My interpretation is that we inherit the sins from our ancestors, but not as a punishment.

We don’t get sick or get handicapped babies because our ancestors did something wrong. No, we inherit their bad behaviour, their bad habits or destructive traditions. These actions keep on affecting coming generations and if we don’t decide to break that chain of sins, we will hand them over to our children.

What does this kind of sin have to do with the topic I chose for this article? Impulse control is a matter of having control over ones body and mind. Feeling the urge to hit your child with a broom when he or she has been naughty? If you have impulse control, you stop to think how this will affect your child and also your relation.

Feeling the urge to spew your fury over some people on social media? If you stop and think for a while, you will understand how this will affect the counterpart- but also what image it gives of yourself.

Nowadays company managers check your social media, and you can actually lose your job for the way you act on social media. What about impulse control when it comes to actions of a sexual kind? A small girl in Busumbala has been raped. She is seven-years- old, a little girl that should have no worries in the world.

This little girl has got her life destroyed because some man couldn’t control his impulses! How is it possible that a man looks at a small girl and decides that it is a great idea to force her to have sex? From what I have heard, this guy had some kind of psychological problems, but he is not the only rapist out there.

We hear too often about children who have been sexually abused and raped. Families wish to keep this quiet because they can’t bear the shame.

The victim is left alone with her thoughts and emotions. If she is old enough to understand what has happened, she will blame herself for it.

One day she will become a young woman, and what man wants to marry “damaged goods”? Her body still remembers the abuse she has been through and it will be difficult for her to feel confident together with her husband.

She might have got injuries because of the rape, some of them will heal and others might pain her for life.

The Gambia is so small, and people live close to each other. The gossip flies from one compound to another and the words about a rape spread like wildfire.

They know how fast words will spread and what people will say, because they have often taken part in the same kind of gossiping. Suddenly they know how the gossip will hurt and that their daughter is shamed for life.

We need to raise awareness of this problem. A victim of rape or sexual abuse should never be blamed, it is always a choice of the abuser to follow his impulses. We must educate our boys and teach them to respect our girls.

We must stop neglecting the boy’s actions, and say that “boys will be boys and it has always been like that. ” Must our coming generations inherit our sins?