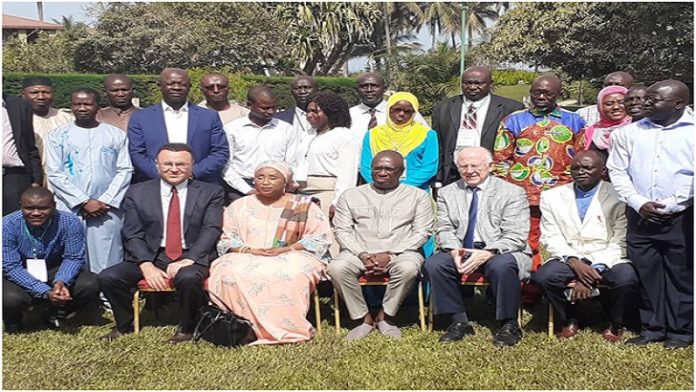 The minister for works and infrastructure has labeled as “shocking” the condition of his ministry following his appointment in February 2017.

The minister said the state of affairs at the time was unacceptable.

“When I was appointed and came to the ministry of transport, one of the biggest surprises I had was the lack of computerisation or any data culture or data analysis culture or anything like that.

I was very shocked when I came on board,” Lamin Jobe said.

He made the disclosure at the opening ceremony of a 5-day training on database administration and transport data management for database systems in selected OIC countries, funded by the Standing Committee for Economic and Commercial Cooperation of the Organisation of the Islamic Cooperation (Comcec) of Turkey.

The minister added on his recollections: “In fact, when I sat on the desk, one of the first things I looked around to see was a computer and there was none.”

However, the minister admitted the situation has since been changing for better.

“At least for now we have a network that is up and running and we have direct trade planning that is now planning to change the situation and start working on collecting and analysing data,” he said.

He expressed gratitude to Comcec through the Turkish Ambassador to The Gambia, Ismail Sefa Yuceer.

He urged participants to develop a culture of collecting and analysing data and use it for future plannings.

“For all of you participants to take this workshop very serious is something that is long overdue. We have been going to offices on a daily basis pretending that we are doing our work but, really, without the information, we are not doing anything,” he told them rather bluntly.

According to the officials, the ministry has recently secured funding from Comcec Turkey to establish a database management system for the transport and infrastructure sectors.