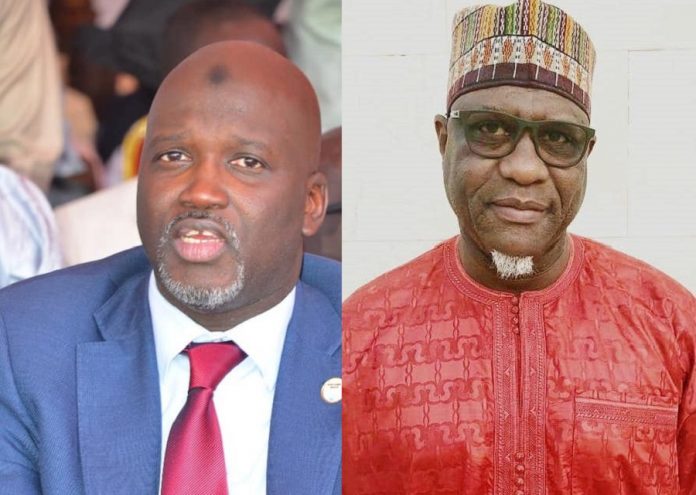 I was last week vaguely informed by a colleague that Defense Minister Sheikh Omar Faye submitted a defense bill to the National Assembly for ratification, a cheerful surprise until its details revealed how it had merely been about the three-decade-old-defense assistance rendered by the Turkish government since the PPP days. It obviously looked like a propaganda stunt pulled by the minister to mislead the Gambians about defense agreements with foreign nations being finally and transparently brought before the National Assembly (NA) at a time when skeptical Gambians demanding more candor over all the defense treaties signed between Presidents Macky Sall’s and Adama Barrow’s governments in 2017 gains increasing momentum.

I don’t know what the terms and conditions of the original agreement between the PPP and the Turkish governments were and whether or not it was over the years ever ratified at the NA level, but since its enactment in the early 90s, one can attest to its uninterrupted continuation regardless of the three regime changes in the country and has always served its intended purpose. Which indeed has been to enhance the technical and tactical capacity of the 1982 Senegalese-founded Gambia National Gendarmerie by providing the detachment with the desired educational, material and moral support. So other than a publicity feat I find nothing special in the whole exercise of bringing the matter forward to the NA. What we now expect and deem more consequential from the defense minister is to submit to the NA for both scrutiny and possible ratification the classified 2017 defense treaties signed between Senegal or ECOWAS and the Gambia that indefinitely prolongs the presence of two foreign forces in The Gambia; i.e., ECOMIG and the Senegalese troops compounded by the perplexing question over why France is so committed to funding the costly mission. No sane person will subscribe to the postulation that the French are paying D700,000,000. 00 per annum to the occupying forces for the mere love of Gambians and The Gambia. I will always remain steadfast in my assumption that the whole French/Senegalese scheme is hinged on a broader and rather stealthy political and economic objective, until proven otherwise. It is only another crafty venture by the French and Senegal with the Barrow government that had twice been undertaken with the PPP and APRC governments but with unfavorable ramifications.

A similar political ruse was equally clinched by Justice Minister Baa Tambadou when he presented another insignificant so-called extradition bill between Senegal and the Gambia, as if the whole deal was a groundbreaking achievement by the new government. Far from it, I stand corrected that if not perverted by underlying political wrangling, extradition covenants formalized or not between the two countries have always existed, mostly perpetuated by commonsense and reciprocated-neighborly obligations. For instance, despite the prevailing impediments between President Abdou Diouf and President Sir Dawda Jawara, at the time, following the unceremonious disintegration of the confederation in 1989 and the subsequent replacement of the Senegalese forces in the Gambia by Nigerian troops in 1992, when Pape Samba Mboup accused of shooting and killing Maitre Babacar Saye, Senegal’s vice president to their constitutional courts in 1993 fled to the Gambia, the PPP government wasted no time in apprehending and extraditing him to Senegal. That ultimately led to the freedom of then opposition party leader Abdoulaye Wade and three of his party associates arrested and charged with complicity in the murder case.

Also when Farafeni Barracks was attacked by Kukoi’s Liberian-groomed mercenaries in 1996 and the three-rebel assailants of eight of our gallant soldiers, John Dampha, Sulayman Sarr and Essa Baldeh escaped to Senegal, President Abdou Diouf’s government upon locating their hideouts immediately arrested and flew them back to our custody for prosecution.

Another point of reference, done perhaps out of embarrassment from the incursion of Gambian dissidents, LF Jammeh, Alieu Bah, Jarju and Cham who were granted political asylum in Senegal after fleeing the 1994 bloody abortive coup but decided to return and overthrow the APRC government in 1997 by assaulting Kartong Barracks and killing three GNA soldiers before being apprehended, the Senegalese government impulsively invited us to Dakar and handed over eight members of Kukoi’s mercenaries, captured in Tambacunda and incarcerated for about a year without ever letting us know about them. Consequently, and as stated, if not swayed by any political bone of contention, we have always respected some form of extradition treaty on each other’s undesirable elements. Notwithstanding, I sure don’t have any problems with formalizing such extradition treaty at the NA, be it for the first time or not but parading it to look like the first of a kind of special achievement is what looks to me like a political disinformation.

The justice minister and defense minister could have done the concerned Gambians a special favor of adding to the two negligible bills the latest cardinal defense accords discreetly signed with Senegal and ECOWAS including the laughable hot-pursuit protocol ostensibly being concealed from the entire nation. I think those are today the conventions of greater concern to Gambians.

I have scanned through the entire 179 pages of the new draft constitution and amazingly found nothing mentioned about the foreign forces occupying the Gambia. If for nothing, I think it was a theme the CRC should have exhaustively covered, given our past deplorable experience with occupying foreign troops since 1981. The confederation of Senegambia Armed Forces, the Nigerian Army Training and Assistance Group and of course the ECOMIG/Senegalese forces have all been occupation forces with the first two tryouts not at all ending well and should have served as perfect lessons for the consideration of including statutes on at least where we are heading with the ECOMIG/Senegalese occupation troops.

Bearing in mind that the foreign forces had arrived in the country well before the CRC was appointed to carry out the task, I found it inexcusable to exclude the subject from the draft. Unless it boils down to the unfortunate allegation that they plagiarized the Kenyan constitution in which the East African drafters couldn’t have remotely contemplated the possibility of foreign forces to ever meddle in their internal political affairs that would warrant adding such ignorant clauses in their constitution. Trust me, Gambia is and will remain the only guinea pig in this global experiment.

As we are now all aware, in 2017 several Gambians including a bunch of APRC government judases shamelessly sanctioned the dangerous and dumb campaign waged by President Macky Sall to wage war in the Gambia in order to oust the APRC government. Thank God, sanity prevailed over reckless sentiments compelling Jammeh to leave and stopping the intended mayhem.

Since then the forces whose presence in the country is progressively becoming a major concern to most Gambians is indeed scaffolding political uncertainties while we advance towards the 2021 national election. Yet to my horror, our constitutionalists failed to address the issue. The simplification that the members of the armed forces were invited to help with recommendations on defense matters but did not is a disgrace. The presence of foreign forces in the Gambia had always been the prerogative of the executive branch of government and therefore the burden of including the subject in the draft constitution rests squarely on the shoulders of the president and his cabinet. I wonder what they have been thinking to endorse the draft without fixing the critical omission.

Doesn’t it appear like a paradoxical precedence for ECOWAS/Senegal to intervene in the internal political affairs of the Gambia in 2017 where there was no violence and without first exhausting all peaceful options of settling the dispute but dare not apply the same principles in Guinea Conakry and Mali where current internal political turmoils are wasting uncountable number of the lives of peaceful civilian protesters?

However, given that government remains secretive about the troop’s mandate and particularly about how long they should stay in the country, I believe our constitutionalists should have incorporated the subject in the draft to formally let Gambians understand at what point in the future our political or electoral dispute will again require the intervention of foreign forces for settlement. I guess that will also have to depend on the party with the “perfect” narrative or lies to sell to the international community; and without doubt, Senegal or Nigeria must always be factored in the overall equation.
Future military interventionists must be governed by clear cut mandates, clarifying their responsibilities, rights and limitations.

In short, laws must be enacted to preside over their stay in the country and on what the Gambians must know when they break the country’s laws and under whose jurisdiction lies the investigations and discipline of lawbreaking troops.
They have killed Haruna Jatta in Foni, an unspeakable subject by the authorities but still haunting the family of the victim.

Come 2021 without any illumination in who controls them, I am afraid their presence could grossly jeopardize the political or smooth process of the national election.
Since they are forces created for the Gambia alone, I think they should have by now been withdrawn and perhaps maintained somewhere close by and permanently renamed The-Gambia-ECOWAS-intervention force, awaiting for the political party to be declared winner by IEC chairman Alieu Momarr Njai in 2021. If Barrow wins they roll right back in to protect him; likewise if another party wins and Barrow starts acting funny they do exactly what they did before and move in with full force to send him to exile and protect the new government. Is that not the modus operandi so far? After all, our national security forces, especially the Gambia Armed Forces have been rendered useless and show no sign of recovering from their alienated position.