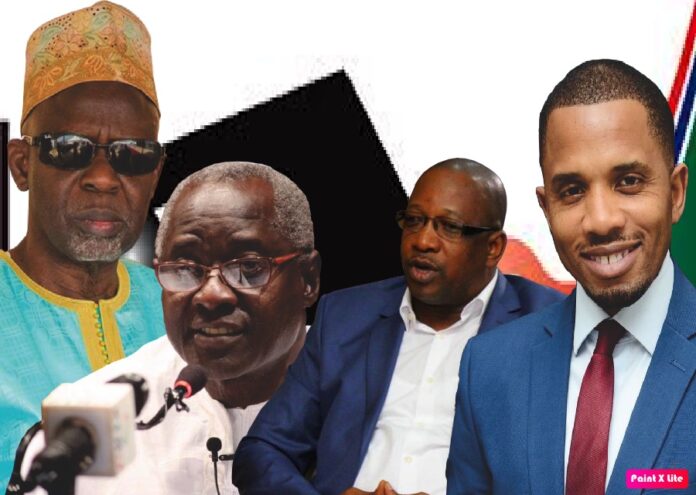 The United Democratic Party National Assembly member for Serekunda West has called on political parties in the country to band together and remove President Barrow from power in 2021, similar to the ouster of President Jammeh in 2016.

In a Standard/Star FM exclusive yesterday, Madi Ceesay said: “It is my humble opinion that political parties should come together and remove Barrow. Coalition is the solution to remove an incumbent and I think any reasonable person should admit that fact. We need at least 2 or 3 political parties to come together. That is the solution. We should not under any circumstances underestimate him.”

NAM Ceesay said although majority of Gambians are unhappy with the present situation, in order to bring change for the better, the political parties and Gambians at large must put their differences aside and join to uproot Barrow. “None of the sixteen political parties in the country should be underrated. To me, they are all powerful,” he said adding “if the 2020 draft constitution had passed with the absolute majority – political parties would have been forced to go into coalition at some point anyway. But now that is not the situation, I think there is a need for political leaders to consult among themselves to see how they can remove Barrow. I am convinced that a coalition is the solution.”

“The 2016 model the coalition members adopted to choose a candidate has proven unreliable. I will prefer a model of a party led-coalition where parties can have their internal arrangements on how they will want to govern when they win to avoid a Barrow type of situation where all the agreements will be disregarded. If all the parties agree to come together and throw their weight behind one candidate in a one-on-one against Barrow, they will win outright,” Ceesay said.

He added that although the NPP has admittedly taken numbers from all the political parties, the UDP still remains very strong and will defeat Barrow outright in a simple majority contest.

“That confidence is still there but coming together would be easier because with the way Barrow is behaving, he will go at any length to retain his presidency. So definitely, the earlier we separate the meat from the bones, the better. Barrow and his political novices may be dreaming in their ambition but the political parties should not take them for granted,” he said.