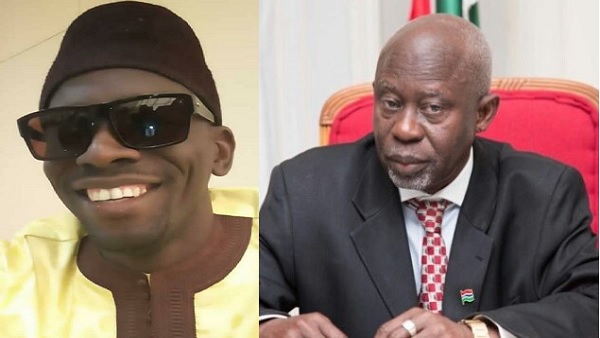 The National Assembly Member for Old Yundum Constituency has told The Standard that the leader of the UDP, Ousainu Darboe may never become President of The Gambia.
Abdoulie Ceesay is among 8 NAMs recently expelled by the United Democratic Party over their allegiance to President Barrow.

Speaking for the first time since his expulsion from the party, the Old Yundum NAM said: “The indications are clear that the UDP may even lose in all the constituencies in 2021.”
Asked what makes him think so, NAM Ceesay said it all boils down to the behaviour of the party’s sympathisers and some realities that will soon be confronting the UDP.

“Obviously Mr Darboe still has a burning desire to be the flagbearer of the party next election but there are complications and he will fail. The top executive of the UDP are aware of the fact that Darboe cannot be president under the present constitution and also when the new one is passed because of his conviction under the Public Order Act when he protested against the killing of Solo Sandeng in 2016. But the grassroots supporters are yet to know this fact and when they know, they will be shocked to realise that the man they are dying for like an angel may never be president,” Ceesay said.

He said when this happens those grassroots supporters will be left with no choice but to shift to President Barrow because at least, Barrow will be devil they know among all “the slogan-chanting cranks” set to join the race in 2021.

Ceesay claimed there are camps emerging in the UDP, with different people starting to identify themselves as possible flagbearers, and busy lobbying for support when the time comes.

Asked what led to the friction between President Barrow and his onetime political godfather Darboe, the former UDP NAM explained: “I blame Ousainu Darboe for accepting side talks from various interest people who were not fortunate to be part of the government. Also, barely three months after the president assumed office, the deputy party leader announced at a political rally in Banjulinding that the UDP and Gambia should now pay Ousainu Darboe for his sacrifice and elect him as president in 2021. This statement unfortunately had opened serious gaps and mistrust between the President and his political godfather. So Aji Yam Secka contributed in this whole breakup.”