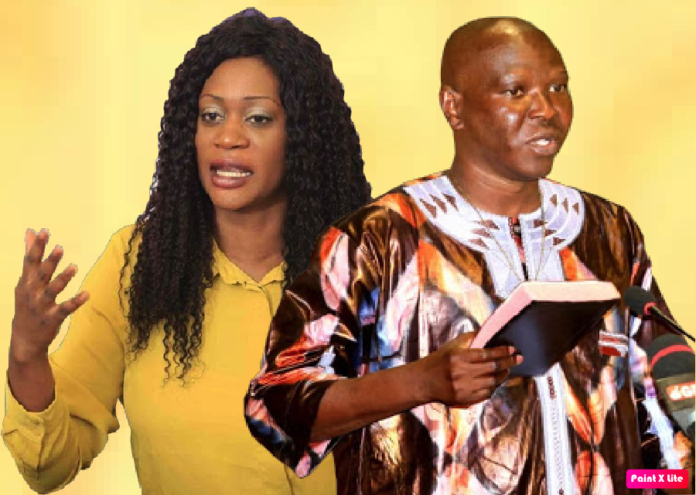 The Independent Electoral Commission yesterday had an interface with the National Assembly joint committees on human rights, constitutional matters and local government tasked to meet stakeholders about the Elections Bill.

The two sides’ discussion focused on the legal modalities of the much-anticipated and agitated diaspora voting.

The commission’s deputy chairman, Joe Colley observed that the process of allowing Gambians in the diaspora to register and vote in December will be inconsistent with the interpretation and application of sections 88 and 39 of the 1997 Constitution.

He explained that the diaspora involvement would mean these sections will have to be amended because there is no provision for a diaspora constituency.

According to section 39 (1) every Gambian, being eighteen years old and of sound mind, shall have the right to vote in elections of a president or National Assembly Member and shall be entitled to be registered as a voter in a National Assembly constituency for that purpose.

Section 88 also stated that the National Assembly shall comprise 48 members elected from the constituencies demarcated by the commission and five nominated members.

These sections, according to Mr Colley, must be amended if a new constituency or constituencies are to be introduced for the diaspora.

However, nominated National Assembly Member Ya-Kumba Jaiteh argued that common sense does not require the IEC to push for a constitutional amendment each time an additional constituency ought to be demarcated.

She argued that section 50 of the constitution already vested powers in the IEC to demarcate additional constituencies required for the purpose of section 88.

“This [section 50] is very important and it ends the debate whether section 88 has to be amended.  The IEC should now demarcate the diaspora constituencies, publish it in the gazette and they will be automatically deemed part of section 88,” Jaiteh added.

She said the responsibility to ensure the diaspora take part in the coming elections now rests on the IEC.

However, IEC vice chairman Colley responded that the commission will work to proffer the right interpretation for the cited clause, adding “we will look for constitutional lawyers to help interpret that section for us and once it is deemed to be fine, we have no problems with section 88.”

Colley stressed that the commission is not against diaspora.

“My position is this is not the time for blame games. We are looking for a solution and we will move together in this drive”, Colley added.

Speaker Mariam Jack-Denton assured the IEC that the National Assembly has a pool of constitutional law experts whom the commission could consult to make headway in the process.