NCCE reaches out to enhance inclusive participation in grassroots governance 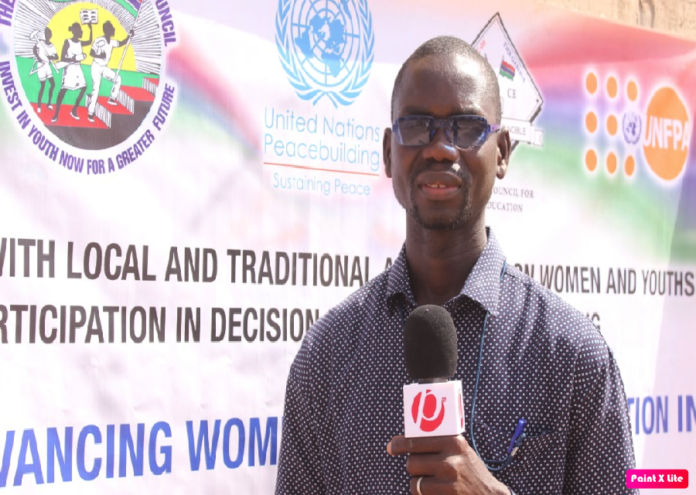 The Gambia’s premier civic education institution, the National Council for Civic Education (NCCE) on Thursday launched the Training of Decentralised Community Structures on Civic Education and Inclusive Participation in Decision-Making Processes in The Regions.

The 12-day training is supported by Unicef through the United Nations Peacebuilding Fund (UNPBF), and is to be implemented in four communities in the URR, CRR, and LRR.

Speaking at the opening ceremony in Basse, Mr Yusupha Bojang, the programme manager of NCCE said the training is targeting about 480 participants from multi-disciplinary facilitation teams, VDCs and mothers’ clubs and is “meant to promote civic education to increase inclusiveness and participation in decision-making in grassroots governance”.

He added that the targeted participants are a representation of the critical mass in the grassroots and therefore have a staggering potential “in influencing the thinking and actions of your people”.

He reiterated his institution’s commitment to intensify civic education campaigns as the country braces itself for a crucial presidential election that will be a pivotal moment to consolidate and cement the democratic trajectory of The Gambia.

He also used the opportunity to call on citizens, particularly young people to respect the laws of the land and desist from the abuse of social media and not allow to be used by politicians as pawns in the political chess game.

Speaking on behalf of the governor of URR, Alhaji Jatta commended the timing of the training and encouraged NCCE to further increase their efforts towards rigorous citizenship education across the country, suggesting the NCCE broadens partnership with community structures, and other stakeholders working in the field of civic education, to educate as many people as possible on their rights and duties.

The chairman of Basse Area Council, Mr Foday Danjo, thanked NCCE for upholding its constitutional mandate of educating Gambians on their rights and duties. He called on the government and other partners to support NCCE in any way that will increase its full effectiveness and presence throughout the country.

For her part, Jonfolo Jarju, lady councilor of Basse, said the training is tailor-made to make them aware so that they can function sufficiently in the development of the communities.

She made a special focus on women stating that they have long been left behind in development, including education and others. She cautioned women to be careful in exercising political participation and avoid conflicts.