NSC Gets New Board 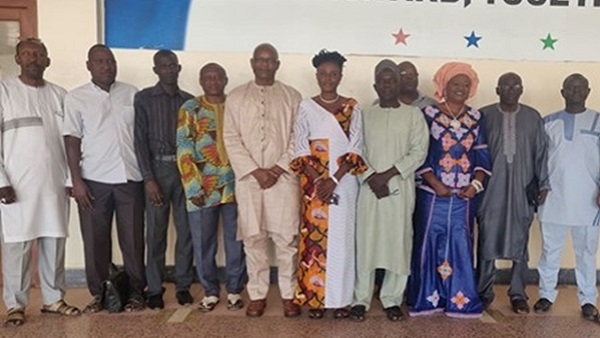 Following the election of all the regional representatives of the National Sports Council, except URR, the new board of directors of the NSC has been officially inaugurated by the Hon. Minister of Youth and Sports, Mr Hadrammeh Sidibeh.
The new members are Borri Darboe Chairman, Saikou Sanyang of WCR, Modou Lamin Darboe of KMC, Ousainu Darboe of Banjul, Lamin SL Darboe of LRR, Lamin Jawara of NBR, Matarr Faal of CRR, Dodou Capi Joof, Mariama Sallah, Beatrice Prom Mboge, Alh. Musa Mendy, Musa Mbye as nominated members.
Except for KMC, Banjul and WCR who are newly elected in their respective regions, all the other members were re-elected.

The ravaging Covid-19 pandemic has severely affected the world and football was not spared as the sport has been disrupted with lockdown restrictions employed...
Read more
Sports

Ansumana Camara, a member of the current champions Brikama United Football Club has called on the Gambia Football Federation, GFF, not to change their...
Read more
- Advertisment -