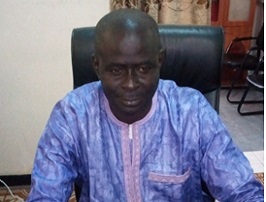 The National Seed Secretariat, (NSS) under the Ministry of Agriculture recently called a media briefing to discuss its upcoming 2019 National Seed Fair.
The Fair is scheduled for 15 – 17 June, and will take place in Brikama Ba and Farafenni in central and north bank regions, respectively.
Officials said the aim is to organise “a pseudo-market” where targeted population of farmers have easy access to quality seeds and right quantities.

Speaking at the presser at the Seed Secretariat Laboratory in Abuko, the Director General of the National Seed Secretariat, Morro Manga, first gave a highlight of the Secretariat’s history, explaining it was established in 2017 to coordinate, regulate, administer and carry out all the functions of a seed quality control and certification agency, as well as conduct seed development activities for the benefit of the seed industry of The Gambia.
Morro said what precipitated the NSS was that in those times various government projects procured seed outside The Gambia “simply because there was no seed certification agency in the country”.

He said the Seed Fair is funded by the FAO, under its Agriculture and Economic Growth project.
“The types of seed to be displayed during the fair are maize, groundnut, cowpea, rice, pearl millet and findi.

“The objective of the seed fair is to enable seed producers, input dealers to present their products to prospective customers thus creating a platform for linkages between seed growers and relevant agricultural sector service providers.
Morro expressed hope that the Fair will be a success.”
“We have put up mechanisms to involve all stakeholders in the National Organising committee (NOC) and sub-committees were formed from NOC who meets every month in preparation for the fair.”
He then called on Seed producers to come together and form seed cooperatives.