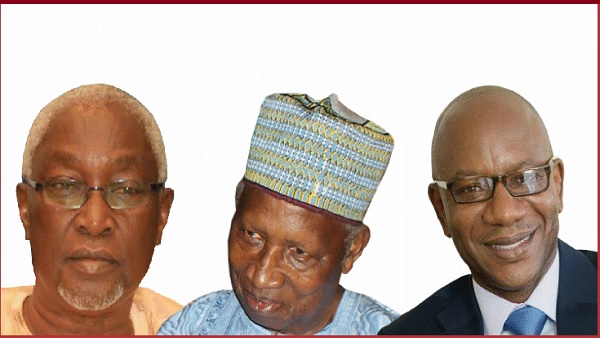 The former interim leader of the People’s Progressive Party, now its adviser Omar Amadou Jallow alias OJ, has revealed that Sir Dawda Kairaba Jawara endorsed Papa Njie as the leader of the PPP.
OJ was speaking on Saturday at the party’s first political rally under the new leadership in Brikama-ba in the Central River Region.

Mr Jallow also took time to remind the gathering that during their congress, Bakary Dabo and Papa Njie were vying for the position to replace Jawara, adding that 499 delegates voted with Papa Njie scoring 272 votes, while BB Dabo scored 227 votes.
“God gave this important seat to Papa Njie here with you today. We took him to Sir Dawda Jawara when he was elected and he endorsed and prayed for him,” OJ said, adding that the PPP will be back in government because it is the true party of the people of The Gambia.
OJ said the PPP is the only party that is formed by the farmers and the poor people during the colonial days.

He said there has been a lot of misunderstanding and misinformation about the PPP but the fact remains that without PPP The Gambia would not have achieved what has been achieved today.
“It was Yahya Jammeh who overthrew the PPP over false allegation but today Jawara is staying in the country but where is Yahya Jammeh? The truth will always rise above falsehood. I know that PPP has the truth. I am just happy to say that Sir Dawda in 29 years has only two properties and three vehicles.

Yahya Jammeh in 22 years has 193 properties and over 200 vehicles,” OJ said.
He said in the 29 years of Jawara’s rule no single Gambian went through back way because the government was peaceful and respected throughout the world. He reported that countries such as Norway, Canada, Sweden and many countries had no visa requirements for Gambians.

OJ informed the gathering that Jammeh once gave out millions of dalasi to a wrestler, when the young people of the country have no jobs and are starving. “During PPP regime, the cooperative movement was very vibrant only for Jammeh to destroy it.”
OJ finally called on Gambians to come back to PPP and support Papa Njie.