The mysterious skin infection linked so far to only fishermen in Senegal has triggered anxiety among Gambians and questions for Gambian health authorities.

Even in the absence of sufficient evidence suggesting its link to contaminated fish or water, experts are almost certainly expecting that those affected, and they are growing by numbers daily, have come in contact with some chemical or poisonous substance in waters they went to fish in.

According to research, water pollution alone is enough for everyone to worry about. Water pollution occurs when a body of water becomes contaminated, usually by chemicals or microorganisms. Water pollution can cause water to become toxic to humans and the environment. If a water source becomes contaminated due to pollution, it can lead to health issues in humans, such as cancer or cardiovascular conditions. Further more and perhaps more relevant here is that fish can absorb contaminants such as dioxins, and chlorinated pesticides from water. If such a fish is consumed, it can surely have effect on humans.

According to reports, the recent cases are as close as Mbour which is not far from The Gambia by land and closer by sea. It is reported that the condition affects the face, limbs and genitals with rashes and pimples that are so grave and uncomfortable that it reduces the quality of life of its victims.

Given the proximity of The Gambia to Senegal and the co-habitation among our fisher-folk, it’s only natural that Gambians take notice and ask how safe are we? So far, and despite coverage in the local media, there has not been a public official statement from the Ministry of Heath on the situation.

Albeit individual health officials have said they are monitoring the situation and liaising with Senegalese authorities, what is ideal is for the authorities to take practical steps to assess the situation here by visiting fish landing sites from Banjul to Kartong to find out from the ground whether there might in fact be a case or two already in The Gambia. It is also important for the health authorities to start opening up with regular information on the matter to avoid panic and false alarm, which can have economic consequences.

Already, many people have started concluding that the strange sickness comes from contaminated fishes in Senegal and it’s only a matter of time before it reaches our waters. Some speculated that foreign fishing companies in Senegal have accidentally released a poisonous substance in the water contaminating fishes in the area. This has led to many people avoiding fish in the past few days in The Gambia.

Given that fish is the cheapest source of protein for most Gambians, its scarcity or in this case, overlooking, will involve hardship for the poor and severe malnutrition for the population. The public therefore needs urgent assurance or advice. We cannot afford another plague. The hardship brought about by Covid is horrific enough. Let’s act to save our people and nation. 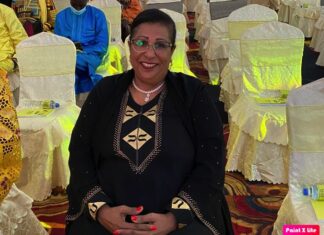