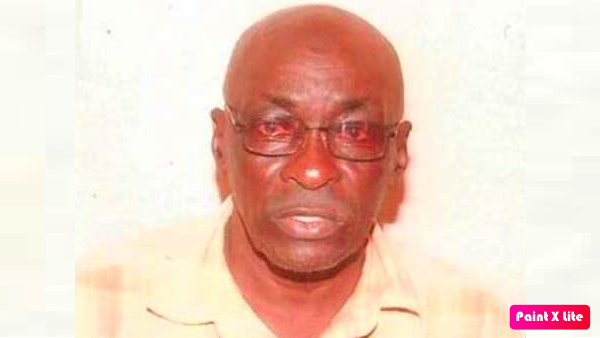 The Gambia National Olympic Committee (GNOC) received information from the media on statements made by some stakeholders during a press briefing on Friday.The role of the National Olympic Committee is to develop, promote and protect the Olympic Movement in The Gambia in accordance with the Olympic Charter. Our role is to promote the fundamental principles and values of olympism in the country, in particular, in the fields of sport, education and culture. It is also our role to help in the training of sports administrators by organising courses and ensuring that such courses contribute to the propagation of the fundamental principles of Olympism.

The management of the GNOC takes any allegation directed to it with maximum seriousness and would like to address each of them for transparency purposes.  However, after this clarification, the GNOC would give its full focus to the preparation of our athletes who would like to focus on their Olympic Games qualifications.

It could be recalled that the Board of the GNOC, given the exceptional situation and in consultation with the Institutional Relations and Governance, NOC Relations Department of the IOC, the GNOC on the 21st October 2020 circulated a resolution to its affiliated associations/federations for consideration.

The majority of the associations voted in favour of the resolution and the results were circulated to the media. As stated in the resolution, the decision by each association is irrevocable when signed by either its president secretary general. The International Olympic Committee IOC would not have accepted the process and results if they found any anomaly in the process.  The IOC has consented to this decision in a communication received on 3rd November 2020 as follows:

“As discussed on the phone, we wish to confirm that we took note of the decision taken by your NOC Executive Board, and ratified by a resolution of your Associations/Federation, to postpone your NOC elections until after the Tokyo Games next year, which is in line with option 2 of our circular letter to all NOCs dated 23 April 2020 and our previous discussions with you on this subject. We understand that your NOC elections will take place after the Tokyo Games next year and no later than November or December 2021”.

There were other issues raised that surrounded the postponement which we would also like to clarify by providing the chronology of events:

We received a request from World Triathlon on 13th November 2020 requesting the GNOC to confirm the status of the Gambia Triathlon Union. The GNOC responded on 16th November 2020 as in the letter being circulated on Whatsapp pages. Similar request was recently made by the International Taekwondo Federation via the Olympic Solidarity and International Judo Federation.

On 26th October 2020 at 09:57am, the aspiring President of the Association (Mr Lamin King Colley) visited the GNOC premises requesting for the resolution materials for his association.  He was informed that the resolution material was sent to the designated email address of the association registered with the GNOC. He informed the office that, that person was no longer in their executive as they had elections in 2018. He subsequently confirmed with his executive that the GNOC was never informed of this development. Subsequently on the 27th October 2020, the GNOC received formal notification from the new Executive.

The Olympic Solidarity usually supports National Olympic Committees with an annual Activity Grant under strict guidelines. NOC’s can use 75% of the funds for National Associations and 25% for Administration Purposes. However, this year NOCs did not receive these funds as a result a decision was made to support NOC’s with a SPECIAL SUPPORT GRANT (NO COVID FUNDS) through Continental Associations.  The amount of $11,650,000 was allocated to Continental Associations with each NOC to receive $47,000 in two installments.

This is a programme only for athletes ranked in the Top 8 in the World with a monthly allocation of $1,000 monthly.  Currently the Gambia does not have any athlete qualified for this grant.

As mentioned earlier, The GNOC is allocated $47,000 under the special Grant and have received $24,000 and we have decided to utilise the funds under the Tokyo Programme.  The remaining funds when received would be used in the other two identified areas.  So far, the GNOC has funded the following:

?          Beach Volleyball Team back to Qatar with two air tickets and over D60,000 to pay for quarantine on arrival into the country as required

?          The GNOC has prepared and transported the five athletes in Dakar.

?          Judo- paying camping fees and training fees in France for Faye Njie totalling €1,703. We have received a budget for his African Championship to be held in Madagascar (Air ticket €1,500, Accommodation €650 and Participation Fee $100).  The GNOC is also reconciling the outstanding affiliation fees of the Association with the African Judo Union to avoid Faye Njie being disallowed to participate.  The current bill is $3,200.

The GNOC will continue to focus on supporting the national associations who are still in the hunt for Olympic qualification.  Our executive would like to add to the successes registered at the Youth African Games, The African Games, ANOCA Beach Games, the World Beach Games and the World Athletics Championships.  We would provide all opportunities and support for qualifiers to our male athletes in Dakar, our male and female Beach Volleyball teams, our Juduka who have been doing very well in gaining qualification points and our swimmer has gained wildcard qualification and we would continue to support their participate in preparations for the TOKYO Games.