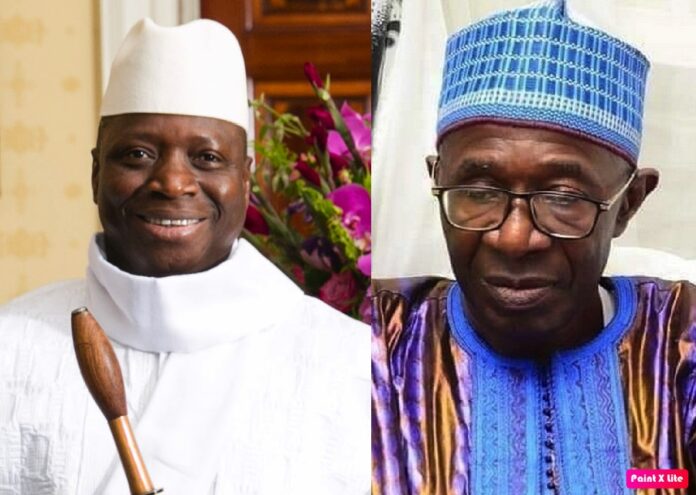 The APRC leader, Fabakary Tombong Jatta has said exiled former leader Yahya Jammeh will decide when to come back and he could be here as early as next week.

Jammeh went into exile in Equatorial Guinea in 2017 after his rejection of the 2016 December presidential election results ensued a political impasse which led to deployment of regional troops to force him out.

“Jammeh’s return will entirely depend on him to decide. He is a son of this country and there is no law, power or whatsoever that would deny him from returning. He is just waiting for the right time. Whether they will allow him to come or not, that’s not important to us. So people should not be worried about his return. He has a right to return to the country,” FTJ said in a Star FM interview to be aired this morning.

Asked what is holding Jammeh’s return, FTJ added: “You know Jammeh left this country for a reason and his return will be determined by the conditions he is in now. I cannot specifically tell you when he is coming back but I can assure Gambians that Jammeh will come back. It should be clear that nobody has the powers to stop him from coming back. Jammeh can be here as early as next week.”

“There are things I cannot say but when I know the time he is ready to come, I will inform the Gambian people. And let me say that it is a political rhetoric to say that the APRC executive is using Jammeh’s return to play tricks on the party’s support base. Those who are saying that are detractors,” he added.

Asked whether Jammeh’s return will be on the discussion table, Jatta said he can only discuss those conditions with potential coalition partners.

Renewing his criticism of the Barrow government, the former National Assembly majority leader said this government is the worst enemy to APRC.

“I am saying this because they are the sitting government and whatever happens will be associated to them. They have unjustifiably denied us our rights by seizing our accounts and vehicles. They say we cannot have a single vehicle after being in office for 22 years but they can have over 50 pick-ups in four years and give 58 vehicles to parliament,” he said.

He said the government has failed because the president is surrounded by people who are not honest enough to tell him the truth.

“Barrow is not in tune with what is happening in his own government and people are capitalising on that. This is why I said he should take up the responsibility and start behaving like a president. Government workers should be afraid of doing bad things or being corrupt,” he said.

FTJ also renewed his criticism of the IEC, saying his party will not be comfortable going to an election under the IEC’s current chairman.