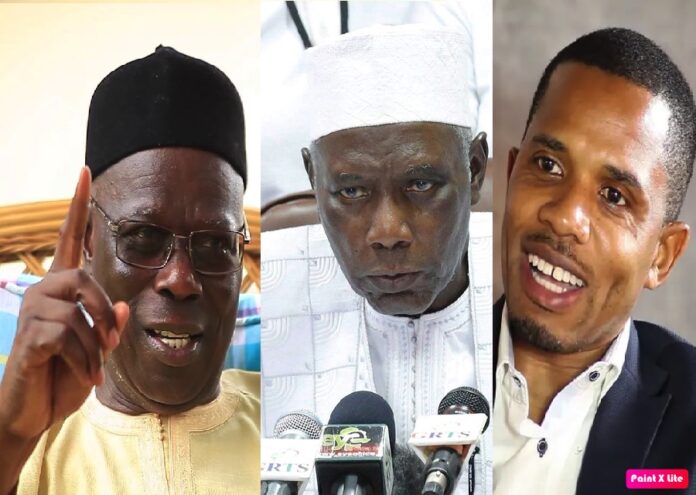 Political party leaders meeting under the auspices of the umbrella body, the Inter-Party Committee, have expressed commitment to maintaining a peaceful political environment in the country during and after elections.

The party leaders also used the IPC’s first breakfast meeting on Saturday to challenge the Independent Electoral Commission to clean the electoral register and endeavor to avoid any errors in the December presidential election.

The IPC gives political parties space to discuss matters of mutual interest and further settle divisive and contentious issues among themselves.

Addressing the meeting, the leader of the Gambia For All party [GFA] Bakary Bunja Dabo, said: “I fear that the biggest threat to consolidating our democracy could come from a weakened integrity of our electoral system which, though has delivered over the years, is not a perfect system. There is general perception that the electoral register has a lot to be improved on its reliability. A lot of people have raised concerns over our electoral system and this perception is that there are sizable number of voters in the system are not supposed to be there. The challenge, therefore for now, is that the general voter registration should be an occasion to do as much cleaning as possible”.

He said the GFA fully supports the principles guiding members of the IPC.

The leader of the APRC, Fabakary Tombong Jatta said political parties and the IEC should speak with one voice to ensure a peaceful and a level political playing ground.

He advised the electoral body to avoid repeating the mistakes in the 2016 presidential.

“We may have very good laws for the electoral process but it can only be effective when those laws are effectively applied and the IEC should ensure that the regulations guiding elections are implemented to the letter,” FTJ said.

He added that the IEC should ensure that certificate of all party representatives during elections are signed and certified by its staff.

FTJ assured the meeting that the APRC will continue to adhere strictly to the document.

The GAP leader, Musa Ousainou Yali Batchilly urged his fellow party leaders to put their differences aside and work for the country.

“The political situation I am seeing now, if we don’t preach peace among ourselves, there will be chaos in this country which could affect the whole Ecowas region. This is not a joke,” he warned.

Dr Ismaila Ceesay, leader of Citizens’ Alliance, said his party supports the code of conduct and MoU of the IPC to the fullest.

“This is a very important year for The Gambia. We are at a crossroad. I think you will all agree with me that politically there is lot of polarisation in this country and as such, the stakes are high. Therefore, the IEC and every Gambian have a role to play to ensure a peaceful election. But the IEC has a bigger role to play because when elections are transparent and credible, then they are peaceful, but when people start questioning the integrity of the electoral process, that can bring some problems that we don’t want in this country,” he said.

Halifa Sallah, leader of PDOIS, said article 13 of the IPC MoU clearly indicates that parties must avoid derogatory remarks in exercising their rights.

“The concept is that the IPC will go beyond just an institution that seeks assistance from our partners in order to carry out programmes. The intention is to go beyond that. This is just seen as a process. The intention is to transform the IPC into a statuary body where our national coffers will finance it, so that the National Assembly will provide it with subvention necessary to be able to carry out its programmes,” he said.

The GDC leader, Mamma Kandeh reminded his fellow leaders that without coming together as one, they cannot achieve any sustainable development for the country regardless of who is president.