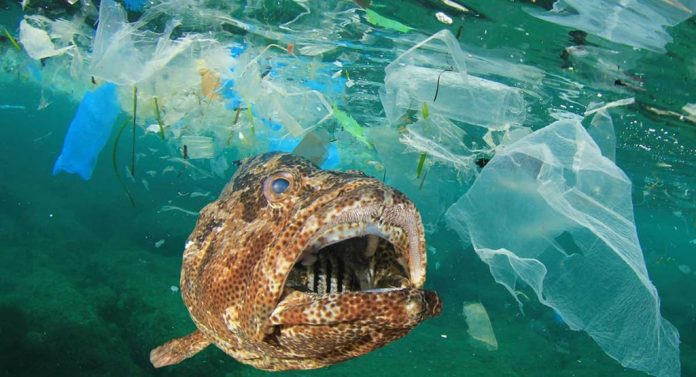 “Records show that plastics are hazardous to the marine life, killing more than a million birds, turtles, whales, and an immense number of fish in our oceans. Consequently, International Coastal Cleanup Day (ICCD) is an opportunity to get out to our beaches and participate in addressing the problem by cleaning up the waste that has been either washed up on shore or have been left by visitors on daily basis”.

These were the statements by the Minister of Environment, Climate Change and Natural Resources, during this year`s commemoration of the International Coastal Cleanup Day in the Kombo coastal village of Tanji.

The day which is celebrated on the third Saturday of every September, has been observed in different forms and activities including radio talk shows to create awareness, Focus group discussions with coastal communities and beach cleansing exercise of the coastline from Kartong, Gunjur, Tanji, Senegambia stretch, Banjul to Barra.

In this world, he said, huge amounts of marine species get entangled and eventually kill by plastic waste which are land base source.

He therefore called for change of attitude towards plastic usage in particular and the environment in general.

This National Environment Agency led crusade in cleansing and awareness creation services didn`t stopped on the coastlines, but were observed in the hinterlands in respect of the day.

Addressing volunteers, fisher folk and members of the local communities Lamin Dibba told them that they are part of millions of volunteers around the world who have decided to save lives of not only humans but marine species through keeping our beaches free of litters and other pollutants.

He maintained that the day is one of the solutions to get rid of litter on our beaches, and we should therefore endeavor to take responsibility of keeping our environment clean particularly our beaches.

He said ICCD being an important day in the world environmental calendar; The Gambia has also joined the international community in observing the day with the theme “Heal the Bay”.

The bay could be healed through our efforts in removing all trashes from beach, he warned, noting that pollution in wasters knows no boundary in rendering its catastrophic impacts.

However, today also marks the 33rd year since this event was initiated by Ocean Conservancy, an organisation that works to help, protect the ocean from challenges of litter on the beaches.” Minister Dibba revealed.

Minister reminded his audience that the main purpose of the cleanup exercise by the Ocean Conservancy in 1986 is not different from today’s purpose which is to remove debris from water bodies including the coastline and beaches, collect valuable information about debris and types of waste collected, increase public awareness on the effects of litter and debris on the aquatic ecosystem, make positive changes and to promote waste prevention efforts around the coastal environment.

He further posited that it is in this regard that the National Environmental Agency in collaboration with all stakeholders commemorated this event in the form of beach cleaning at strategic places from Barra, Banjul, Senegambia-Kololi coastal strip, Gunjur and here in Tanji. He registered his optimism that efforts of volunteers at all these sites mentioned will benefit not the Gambia alone but the entire world at large.

The Environment Minister also extend his profound gratitude and appreciation to their patterns especially the EU Delegation of the Gambia, Karpowership Company, ATLAST Energy, JOC, Civil Society Organizations, for the support provided towards the successful commemoration of this year’s International Coastal Cleanup even.

In conclude, Minister Dibba tasked all to continue creating healthy environment through cleanup activities but more importantly, changing attitudes for the better towards the environment and waste management in particular.

The EU Ambassador and head of Delegation Attila Lajos also expressed delight to participate in the International Coastal Clean-Up Day activities which is being held in Tanji and and six (6) other locations along the coast with hundreds of Gambians kindly offering their free time to make Gambia’s beaches just a little bit cleaner.

expressed that the EU Delegation is delighted to take part for the second year running, and to be partnering with the National Environment Agency as well as other government agencies, local communities and NGOs.

Reiterating on the importance of the day, Attila Lajos said it may be surprised to know that around 80% of marine litter is composed of plastic. From the tiniest plankton to the largest whales, plastic impact nearly 700 species in our ocean.

“You’ve probably seen pictures of these impact first hand, like a sea turtle with a plastic straw embedded in its nose or a wale entangle in a fishing net, approaching divers that release it from harm.

Some of these incidents have happy endings, but in reality, many more do not because when animals ingest plastic, it can cause life-threatening problems, including reduced fitness, nutrient uptake and feeding efficiency, which are all vital for survival.” EU boss pointed out.

He further warned that “Every year, 8 million metric tons of plastics enter our ocean on top the estimated 150 million tons that currently circulate our marine environments. Whether by errant plastic bags or plastic straws winding their way into gutters or large amounts of mismanaged plastic waste streaming from rapidly growing economies, that’s like dumping one garbage truck full of plastic into the ocean every minute of every day for an entire year! And that much plastic is bound to have an impact on ocean ecosystem.”

With plastic production increasing around the world, Lajos revealed that the ultimate solution is to keep plastic out of the ocean in the first place, but added that the long term solution to plastic in our ocean is to transform the role that plastic plays in the worldwide economy, propose alternatives and also to recycle.

But with 8 million metric tons dumped in the ocean every year, he cautioned that the ocean can’t wait for long term solutions. But he indeed sadly revealed that plastic production is expected to double over the next ten years, and we need to act now make sure the accompanying wave of plastic waste never reaches our ocean.

In this regard, he jagged out that the EU is happy to note that The Gambia is already making strides here, with the bags on plastic bags which we strongly support and hope will be continued.

By supporting the development and improvement of waste collection and management we can prevent the growing tide of plastic from entering the ocean now, he suggested.

Waste management not only provides a critical mid-term solution to the problem, but it is also the core foundation on which the longer solution of a circular recycling economy is built. Lajos told the audience.

“From the EU side, I can also inform you that apart from our Delegation, there are a total of around 40 EU Delegations worldwide taking part in the International Beach Clean-Up Day today. Combatting marine pollution is a key priority of environment policy at EU-level.

EU rules on single-use plastic products were adopted in May 2019 and target the 10 plastic items that most often pollute the Europe’s beaches and seas, alone with lots or abandoned fishing gear.

Other measures aim to reduce the consumption of the most frequently littered plastic products; to extend the producers’ responsibility; to change the design of some products; and to inform and raise awareness among consumers.”

The EU head of delegation posited.

Adding on, he said from 2021, a ban will be in place in the EU for single-use plastic cotton bud sticks, cutlery, plates, straws, drinks stirrers and balloon sticks, as well as food and beverages containers- including cups-made of expanded polystyrene.

These items, he said will all have to be made from more sustainable materials or replaced with reusable alternatives, while all products made of Oxo-degradable plastic will also be banned.

Lastly, in a show of solidarity as a support activity, the pointed out that the European Commission, the smurfs and United Nations are this year running a #EUBeachCleanUp campaign to create global awareness around plastic pollution of our ocean which is being coordinated by the commission’s Directorate-General for Maritime affairs and Fisheries (MARE). In conclusion, he said The Gambia has a wonderful coastline that is used and appreciated by fishing and tourism industries, so we must therefore holistically keep the smiling coast clean and attractive.

Dodou Trawalley, the executive director of the National Environment Agency (NEA) said The Gambia through his agency has shown real commitment to the protection of the environment as a key part of sustainable development. He pointed out that public understanding about environmental issues is very crucial and he therefore called on all and sundry to realise that man and nature are interdependent and that the deterioration of one would lead to deterioration of the other.