Poetry and Medicine: – The role of poetry in modern practice of medicine 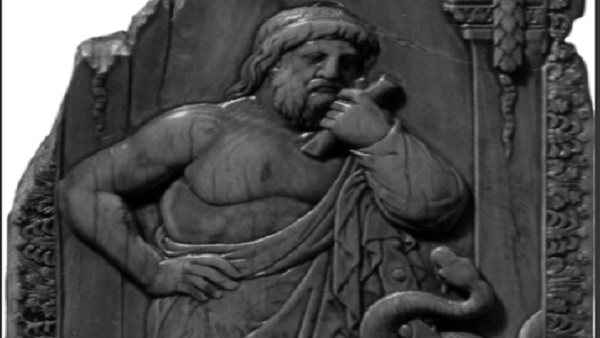 There’s a special relationship between poetry and medicine.

This, although may seem strange, but the art of healing, essentially, began with poetry.

There is a tradition that the priests of Aesculapius practised their art long before Hippocrates brought science into the picture; and although science has become a powerful tool in medicine, symbol and metaphor are now no less important in healing than they were then.

And there is certainly a long line of physician-poets stretching as far as back to at least Friedrich Schiller (1759-1895) to Dannie Abse (1923-2014), Gambia’s very own Lenrie Peter (1932-2009) right up to Peter Goldsworthy and Rafael Campo of contemporary times.

Poetry, invariably, has many points of contact with medicine, and there is great value that physicians, other healthcare professionals, and patients could derive from making better use of this art form.

The role of language and human expression in medicine is now understood to extend beyond the restricted protocol of clinicians and patients speaking to each other about the cause and a course of treatment for an illness.

This restriction can conspire against understanding between doctor and patient, and against healing which comes after a treatment. There is also a substantial literature on the use of poetry as a therapeutic option with patients (poetry therapy).

The value of poetry, therefore, in modern medicine is now well established, as in the recognition of the synergistic relationship between medicine and the humanities.

This has led to the establishment of The Journal of Medical Humanities in the US in 1979, which now contains hundreds of articles on poetry.

The UK journal, Medical Humanities was launched in 2000. A wide variety of clinical journals including The Oncologist, Annals of Internal Medicine and The Psychiatric Bulletin have all featured poetry in their regular pages for well over a decade.

The Journal of American Medical Association (JAMA) Network has a section for poetry as part of Humanities.

This section explores poems that address the experience and meanings of illness and caring for it, and healing. In 2009, the Hippocrates Initiative for Poetry and Medicine was launched.

The Yale-UCL(University College London) Collaborative has been holding an annual poetry competition for medical students since 2011.In 2014, the Royal College of GPs in Scotland together with the Scottish Poetry Society, published Tools of the Trade- An anthology of poems for new doctors which was distributed free to every new medical graduate in the country.

Poetry, in general, allows us to express ourselves, fosters creativity, and accepts ambiguity.

It teaches creative thinking which is of great value to doctors. It enhances ability of interpreting metaphors which is critical skill in diagnosis; patients’ symptoms often present in metaphorical manners and doctors need to know how to interpret patients’ metaphor.

In addition, there is a therapeutic value to introducing beauty into a situation that is not commonly associated with aesthetics.

Poetry about doctors and patients, remedies and procedures, illnesses and convalescence, treatment and healing give a unique perspective and new revelations of medical experience including emotions and responses that are not found in textbooks.

As Rafael Campo, a physician-poet of Harvard Medical School, said: “When we read or hear a poem that’s truly effective, we feel what the speaker is feeling.

We experience an entire immersion of ourselves in another’s consciousness.” It is for these reasons that poetry has been identified as a powerful tool in teaching or enhancing empathy.
In the past several decades, empathy has become centre of attention in medical education and practice. Empathy consists of three main elements.

These are the cognitive (understanding one another’s thoughts), affective (emotions towards one another), and an active component (confirmation in being heard and understood).

All too often, medical schools or other schools involved in training health care professionals, focus on the active component of empathy, overlooking the cognitive and affective aspects.

In order to have full-fledge foundation in the preclinical phases of these trainings, it has been recognized that artistic forms of reflection can promote insight into the cognitive and affective components, complementing the teachings which focus on the active form of empathy.

Through several psychological and didactic views, it has been recognized that poetry and prose can contribute to sustained development of empathy in medical students.

And there is nothing more powerful than poetry in facilitating empathy because of the emotional intensity it can distil.

Medical practice could be stressful, as there is usually a lot to read and understand, which could be monotonous. However, despite the so much tension, the profession could still be more enjoyable if we can narrate the sequences in a different style.

Poetry can be way of such expression. Medical professionals can too easily get caught up in treating disease, forgetting the need for healing after the drugs and procedures.

Clinicians caring for patients have the responsibility to both treat and heal. Poetry can help with the healing.

‘While a sonnet a day won’t help a diabetic’s blood glucose, it might help with preventing diabetes burnout—the state in which he grows tired of managing his condition’.

The medical education is factual or evidence-based about ‘what to do’, ‘how to manage’, yet there is much so much that is experienced at coalface of clinical practice which cannot fit in these models.

Like prof. Rafael Campo, who was the winner of 2013 Hippocrates Open International Prize for Poetry and Medicine, said about death in talking about of his award-winning poem ‘Morbidity and Mortality Rounds’: ‘How does one teach, for example, how to face death? Death, dying, dead bodies—not easy concepts for anyone to contemplate, but they are a reality in medicine, and doctors and nurses will face them in their cold, hard actuality.’ Through this poem, about a dying patient, he was able to address the power of empathy to combat the distance clinicians almost reflexively adopt toward their patients and confront their own shortcomings.

It has been demonstrated, through MRI, that reciting poetry engages the primary reward circuitry in the brain, called the mesolimbic pathway.

Music also does the same, but poetry has been found to elicit a unique response. While the mechanism is unclear, it has been postulated that poetry in addition to music and other nonpharmacologic adjuvant therapies can reduce pain and the use and dosage of opioids.

In a study conducted by researchers at University of Maranhao in Brazil on the effect of passive listening to music or poetry on pain, depression, and hope, in hospitalized patients in a cancer facility; it was found that that both types of art therapy produced similar improvements in pain intensity and depression scores.

However, only poetry increased hope scores. This, to the researchers, demonstrated that poetry can break the so-called law of silence, according to which, talking about one’s perception of illness is taboo.

Another study conducted in Iran in women undergoing chemotherapy for breast cancer and at the same time participating in eight weekly sessions of group poetry therapy, showed improvement in their qualities of life.

Use of poetry on the wards to teach children the power of self-expression at Children’s Hospital University of Illinois found it a way to both embrace the hospital encounter, and escape from it by the sick children.

Catherine Belling, an associate professor of medical education at Northwestern University, Illinois, on her take on the use of poetry in medical sense stated: ‘Physicians and patients can sometimes assume that the other party is on the same page, when they are not.

Language is not always transparent and sometimes our vocabulary is insufficient to describe our mood. Poetry is, in some ways, uniquely capable of addressing this problem.”

She went on to give an example of how her team used poetry when they went to examine a new alcohol-withdrawal admission.

By reciting Jack Coulehan’s poem “I’m Gonna Slap Those Doctors’; they were able to engage with the patient at a level she could only attribute to the power of poetry.

‘The poem’, she further went on, ‘certainly didn’t change the course of the patient’s devastating disease of alcoholism; but it gave all of us a sense of human connection.’

Poetry, therefore, is a tool which can be utilized in effectively treating as well as healing patients. Every patient should be recognized by their individualities, with unique experiences as per their medical histories and their other life stories impacting that. Thus, they should be encouraged to write and or share this through poetry.
For poetry in medicine is
empathy enhanced,
inner feelings expressed,
the history completed,
the treatment effected, and
the healing achieved.

- Advertisement -
Share
Facebook
Twitter
Pinterest
WhatsApp
Previous articleThe limitations of the TRRC: How exactly will there be ‘Never Again’?
Next articleHow Baba Jobe was used and dumped by Yahya Jammeh part 1
Join The Conversation
- Advertisment -