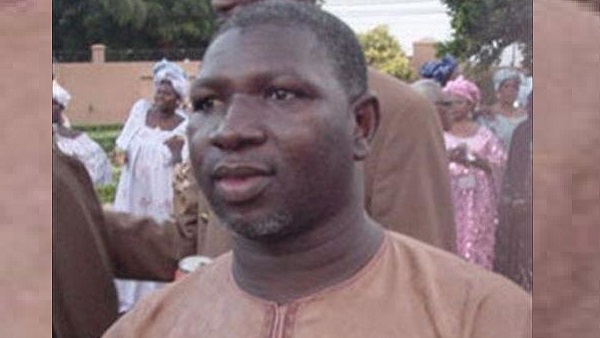 In the wake of the 22nd July military coup that brought Yahya Jammeh and his AFPRC/APRC government to power in 1994, the economic life of the once prosperous West African country began to sink deep and deeper into the wide blue sea prompting fears that the junta would not be able to pay the salaries of civil servants.

Life was no longer the same for the ordinary Gambians who couldn’t afford their daily three square meals. The refusal of the junta to return the country to civilian rule was greeted with the suspension of financial assistance by many donor countries and institutions.

To make matters worse, Britain, the country’s colonial master, issued a travel advice to its citizens after branding The Gambia unsafe in the wake of November 11 alleged coup plot.

This made the country’s economy that depends heavily on tourism as its main source of foreign exchange to plunge deeper into the red.

Thousands of Gambian youths who depend on the once flourishing tourism industry to feed their extended families were left unemployed.

As the country’s economic woes continued, the military junta under the leadership of Yahya Jammeh, then lieutenant, began to devise modalities to salvage the country from this atrocious political climate.

Shunned by many democratic countries, a review of the country’s foreign policy was made and the junta opened up diplomatic ties with communists and socialist countries.

Libya whose leader, Colonel Muamar Qaddafi also came to power in a coup in 1963 was among some of the leaders approached.

With the junta taking a hard stance against Britain and the US, who were also seen as enemies of Africa at the time by Qaddafi, the Libyan leader received the junta with wide arms.

Qaddafi hated the West which he accused of plundering the riches of Africa and leaving behind nothing but diseases and backwardness for Africans to combat. He wasted no time in pumping millions of dollars into the country’s economy and donated uncountable tonnes of wheat and rice that were distributed across the country by the junta.

As Qaddafi himself stated in his book, My Vision authored by Edmond Jouve: “I feel profoundly African and I belong to this continent with every fibre of my being.

And to defend the dignity, liberty and independence of Africa, we grant substantial material and moral aid. In fact, Libya has agreed donations, credits and bank deposits to dozens of African countries; we have supported their economies and their currencies.

It has also granted study scholarships and medical assistance, created banks, mixed companies and invested capital in their projects without making any profit.”

Qaddafi who was over the years accused of arming many militia groups across the country wanted to export his revolutionary ideology to The Gambia .

Qaddafi wanted The Gambia to adopt a Libya type democracy in which the leader is seen as a guide and his revolutionary council plays the role of persuasion and encouragement where the masses are concerned.

Qaddafi’s main idea is that power belongs to the people and that all Gambians should be members of the Armed Forces Provisional Ruling Council (AFPRC).

He believed that the majority of people will not react spontaneously unless they are incited to do so.

With Jammeh wanting to cement his grip on power, he immediately bought the ideology and created the July 22 Youth Movement. Baba Jobe, a native of Jarra Karantaba, who lived in Libya for many years and had good connections in the Arab world including many influential Libyans and Lebanese was given the task of running the organisation.

The organisation was similar to the Libyan Popular Congress and many of its members were flown to the North African country where they received military training and indoctrinated with the ideology.

Following their return to The Gambia, many were made commissioners or deputy commissioners in the divisions across the country where they used public resources to sell the ideology to local communities.

Members of the movement were also blessed with police responsibilities and they responded with force to anything deemed not to be in the interest of the state.

Baba Jobe was also appointed assistant secretary at the Office of the President.

As he revealed in his testimony at the economic crime trial: “As assistant secretary general, Office of the President, my responsibilities was to help the government and the president directly through my connections with the Arab world.”

Through Mr Jobe, the junta was able to get grants and loans from Qatar, Kuwait, the United Arab Emirates and other Arab countries, which were used to fund the construction of schools, Arch 22, Banjul International Airport, Gambia TV and other projects used by the junta to win the hearts and minds of Gambians.

Baba Jobe was also instrumental in attracting many Arab and Lebanese investors including the Spectrum Group International who imported tonnes of the AFPRC Rice and other cooking ingredients that were sold across the country at a cheaper rate.

Though owned by President Jammeh, Baba Jobe ran the day-to-day affairs of the company in consultation with Jammeh.

To attain its objective of helping government to stabilise commodity prices, an agreement was made with the Department of State for Finance and Economic Affairs for YDE to import rice, cooking oil and onion and sell them below the market price especially in the provinces without paying any customs and port charges due to the company.

Based on this marriage of convenience, the YDE imported tonnes of rice and other cooking ingredients for many years without paying a butut to the Gambia Ports Authority (GPA) and Customs and Excise Department.

Part of the company’s profit was spent in maintaining the presidential jet, New Millennium International Airline (now under UN sanctions), the pre-financing of the 2003 groundnut trade season, hajj packages to hundreds of Gambians, the presidential meet the people’s tours, excursion trips of the National Patriotic Student Association (Napsa), sponsoring APRC meetings and rallies across the country among others.

No one knows exactly how much the Youth Development Enterprise generated from its business, but it is believe to have made millions of Dalasis most of which are unaccounted for. Baba Jobe and President Jammeh were the best of friends. Baba was blessed with more powers than the vice president and had more privileges than the president.

The APRC was his life and he spent millions of YDE’s money in wooing many opposition supporters to the APRC.

Being more powerful than a king, Baba was blinded by his powers. He showed no mercy to the opposition and their supporters whom he branded as enemies of The Gambia. He spearheaded the arrest and torture of many opposition figures and also engineered the sackings of suspected opposition supporters from the civil service.

He was feared more than Jammeh and his name was sang by all griots. His YDE office on Kairaba Avenue was always full of APRC supporters at all hours of the day desperate for money or work.

As a close friend of Jammeh, Baba was given the responsibility of running most of the president’s businesses like the New Millennium International Airline.

He used the airline on numerous occasions to transport many members of the July 22 Movement to Libya for military training as well as trafficking arms from Liberia to the Revolutionary United Front (RUF), which committed the most heinous crimes in Sierra Leone. The New Millennium International Airline made many trips to Kono, a mining town in Sierra Leone where it exchanged arms for diamonds.

The diamonds were later sold in the black market in Belgium and other Scandinavian countries. And from 1999 to 2001, there was a rapid growth in diamond export from The Gambia which attracted suspicion from the United Nations.

The Gambia Government admitted the export of the said diamonds which it said were legally owned by Sarahules, who have for many years been involved in legal diamond trade.

However in June 2001, a UN investigation team found Baba Jobe and some close associates of Charles Taylor guilty of arms trafficking in violation of UN Resolution 1343. A travel ban was slapped on Baba Jobe, which infuriated the Gambia Government.

The Gambia Government openly defended Baba Jobe and President Jammeh accused the world body of trying to punish an innocent man. With many foreign embassies in Banjul refusing to issue travel visas to Baba Jobe, the Gambia Government refused to withdraw his diplomat passport and on numerous occasions allowed him to travel to Libya.

To be continued
Culled from Jollofnews,com