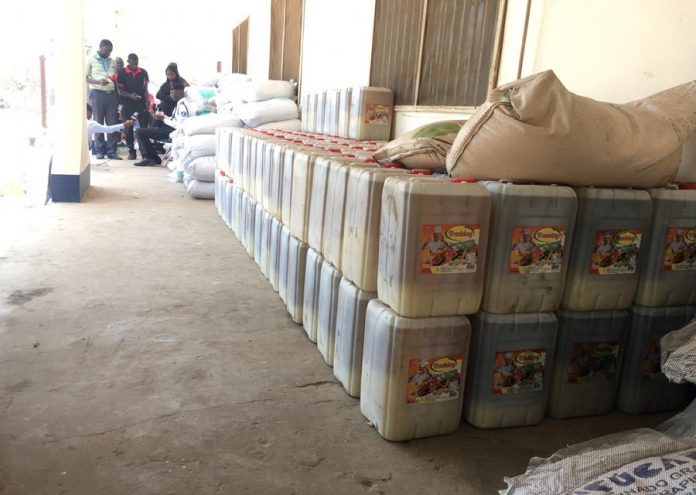 The Police anti-crime Unit has intercepted large quantities of basic food items bound for neighboring Senegal and Guinea Bissau.
About a dozen trucks loaded with sugar, rice, oil, potato, onion, and other commodities heading to sub regional markets were intercepted in Giboroh and other sites in the country.
Police spokesperson ASP Lamin Njie said the seizures include 4195 bags of sugar, 96 bags of rice, 170 gallons of cooking oil, 870 cartons of milk as well as unquantified packs of green tea and mayonnaise.

He said a local cargo boat carrying similar food stuff was also seized in Tanji.
According to PRO Njie, the Essential Commodities Emergency Powers Regulations, 2020 prohibits the exportation of essential commodities.
At least twelve truck owners are arrested and charged with breaching regulations. They are helping police in their investigations.

The police called on communities around the borders to be very vigilant and report any suspicious smuggling activity at the soonest possible time.
“We all know that land and air space in most countries across the world have now been shut down; so to have people engaging in mercenary behaviors by exporting our own essential commodities is worrying because it could engender serious food deficits,” PRO Njie warned.