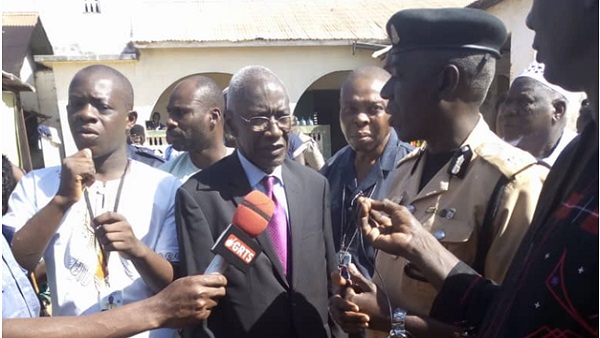 The director of the Gambia Prison Services has lamented the poor state of facilities of the correctional institute as “horrible”.
Ansumana Manneh called for greater efforts in order to help provide “a better place for our fellow human beings”.

He made the plea during a visit by officials of the Truth, Reconciliation and Reparations Commission – who came as part of a probe to establish historical records of the nature, causes and extent of violations and other abuses of human rights committed during the former regime of Yahya Jammeh. Mille II was well known for its notoriety and total disregard for human rights – with allegations of torture and killings said to be rampant.
And the visit by the officials came amid harrowing witnesses’ testimonies at the commission from ex senior military officers who were themselves detained at the notorious facility – which the former president named his ‘five-star hotel.’

But Manneh said since the coming of the ‘new administration improvements are being made to ensuring quality health conditions in the prison.
He said inmates are now provided with ‘mosquito nets, blankets and ceiling fans’.
Manneh, who replaces David Colley in 2017 as part of a government prisons’ reforms, said more efforts are required though.

“…That is to ensure that the general prison infrastructure undergo further transformations to have a better place for our fellow human beings and to enable them become productive citizens when they come [out of the prison].”
Essa M Faal, Commission lead Counsel, said their visit was designed to acquire first-hand information on the prison conditions. He said they wanted to find out the difference between what exists under Jammeh and now, and how far the reforms need to go.
The once feared and notorious Mile II now has 523 inmates.