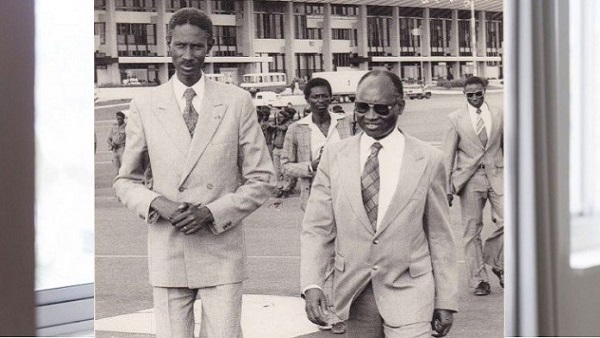 It’s was dull, unremarkable Sunday evening, and this mind is making up for it with a flight into memory land.

You know, I continue to be a captive of nostalgia, the maudlin past of the long gone days.

Youssou Ndour’s ”Bey” gives me such a sentimental longing for The Gambia of the early 1990s. But Bey isn’t a product of the 90s.

It came out in 2002, from Youssou’s ‘Ba Tay’ album, one of Jololi Records’ finest pieces of work to date.

There is something of aesthetic value about Bey that makes us wonder if the song should have instead arrived a decade or so earlier.

Its ebullience has more in keeping with the SeneGambia of the 90s, those early, roaring 90s.

Governance in both countries had begun on a downward trajectory, ours in a more quickened pace and on a more discordant note.

The leaders, Dawda Jawara and Abdou Diouf, had gotten lazy, unresponsive to the people. The citizenries got despondent.

Save for the explosion of an ammonia-laden truck killing about 60 people and injuring at least 250 people in Senegal in 1992, and with the events of the senseless bloodletting of 1981 in The Gambia now a hazy reflection in the rear view of history, the SeneGambian region in the early 1990s projected an idyllic demeanor and a beautiful innocence about itself.
Outside of poor governance and leadership inertia, things were popping.

The people kept moving on with their daily lives. They danced at home, in the streets and in the clubs, to the pulsating beats of Lemzo Diamano, Fallou Dieng, Alioun Kasse and Aliou Mbye N’derr. Youssou’s Bey, a dancey, high-tempo song with vocals beautifully layered over, belongs to the dance-craze days of the 90s in both Senegal and The Gambia.

It’s a song with a strong invitational pull —- the irresistibility of getting up and dancing alone, unprodded or joining in the boisterousness of a crowd huddled some where on the periphery of the dance floor.

It’s a song that would have received a lot of play time from some of our 90s Djs —- ‘Joe Barry, Aziz Willan, Malick Jones, Buju Boots, Gaa, and in all the oft-crowded clubs back in the day —- Oasis, Musu’s, Tropicana.

The analogy of music and its free-spiritedness helps symbolize the peace and quiet of the early 1990s in The Gambia.

Despite our disappointments with our leaders, we still danced and laughed and enjoyed ourselves. And we still kept our humanity intact.

Yahya Jammeh, as we keep finding out, had actually turned our country into a scattershot killing field and made some of us mass murderers.

We hadn’t seen this coming. And nothing had prepared us for it. Now, we have to deal with a broken nation trying to pull itself back up again. It won’t be easy.