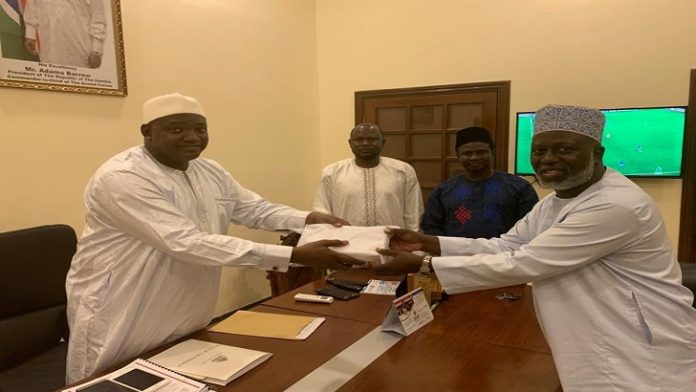 President Barrow has donated D1,020,000 to the organisers of the biennial International Soninke Festival (Fiso).

The funds are to help with the “organisational expenses” of the group, according to Abubacarr Sankanu, a member of the organising team. He said the president also promised to pay for the accommodation and local transportation of “the VIPs and other guests who are coming in their thousands” from Senegal, Mali, Mauritania, France, Germany and other places.

News of this donation generated widespread criticism on the social media with many calling it corruption, misplaced priorities and politicking.

But Mr Sankanu told The Standard that President Barrow was “merely fulfilling a social responsibility,” disclosing that the donation came from “special funds” given to the president by the National Assembly.

“It’s not corruption. The National Assembly approved a budget for such things. This will add to the national image. This festival is going to market The Gambia. All the 2,000 guests are coming here to invest. We are also going to have a trade fair component of it. This is simply a way of marketing The Gambia,” he explained.

Mr Sankanu thanked the president and said the festival is not only for Serahules, “but anybody who believes in Africa and civilisation”.

The filmmaker and former journalist said in a democracy, people are allowed to say what they want to say but cautioned against politicising the donation, arguing it is a good thing for The Gambia.

The event will take place this month between the 20th to 24thFebruary. The official opening will be at the Independence Stadium.