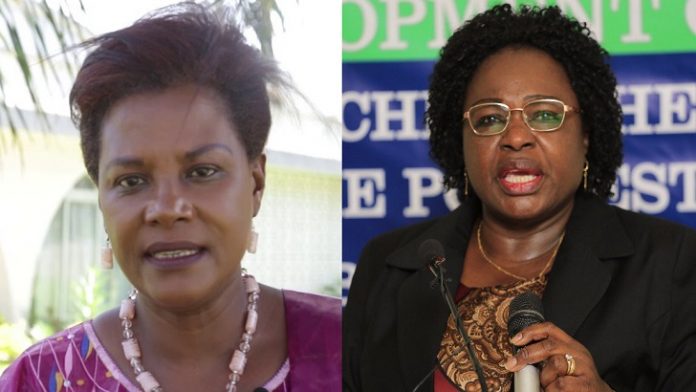 Hon. Claudiana Cole, Minister of Basic and Secondary Education has disclosed that every day, nearly 360,000 children receive a meal at school from the Government of The Gambia and the United Nations World Food Programme (WFP), school feeding programmes in over 500 schools in the country. She was speaking on Tuesday during celebrations marking the fourth edition of the Africa Day of School Feeding.

The minister further said she will intensify efforts towards allocating a significant budget to school feeding to strengthen national ownership and control, noting that the role of private sector will need to be harnessed to upscale school feeding programmes because the Public-Private Partnership is necessary for a successful Home-Grown School Feeding.
In her keynote address, First Lady Fatoumata Bah-Barrow said school feeding is changing lives in Africa, where millions of children have regular access to education, smallholder farmers finding new markets and new jobs are created, through the programme.
She commended the FAO for its support in the prgramme but however observed it is time Africa took charge of the feeding of its own children, since most of the feeding is from outside.

Ms Seraphine Wakana, the UN Resident Coordinator, said it is important that more local resources are invested in developing Home Grown School Feeding, to provide that multi-dimensional growth that ensures that no-one is left behind.
Ambassador Vabah Gayflor, the special representative of the Economic Community of West African States (ECOWAS), in her joint solidarity statement with the African Union and WFP, commended the Government of The Gambia for allocating over 120 million Dalasis (US$ 2.5million) towards school feeding in two regions, which is a clear demonstration of political will.

The Africa Day of School Feeding celebrated this year under the theme “Investing in Home Grown school Feeding for Zero Hunger, Sustaining Inclusive Education for All,” was instituted by the Assembly of Heads of State and Government during the 26th African Union Summit in January 2016 in recognition of the immense value of home-grown school feeding (HGSF).

With HGSF food is sourced from local smallholder farmers. The idea is to provide local farmers and businesses with a predictable outlet for their products, leading to more stable incomes, more investment, higher productivity and the creation of jobs for youth and women in the communities concerned.