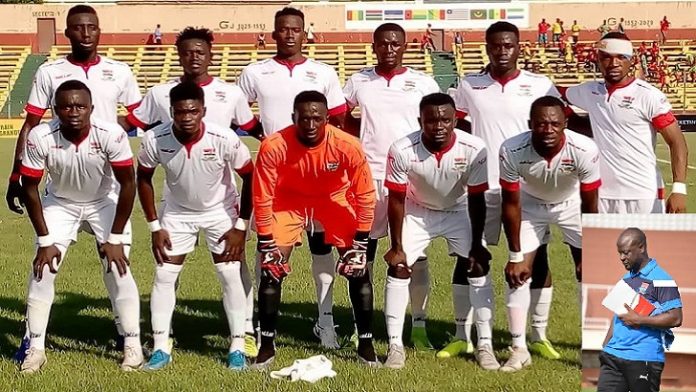 Gambia coach Matarr Mboge said Saturday that everything is looking good with his boys especially after a 5-1 win over Guinean club ASK Kaloum in friendly a few days ago. “That match allowed us to see yet another combination of players. We look forward to having a fantastic game of football and we hope that everything we put and worked for at the training ground and our game plan will be enough for the boys to go out and win the game,” he continued.

Mboge told GFF media that his team has performed with high intensity and fast football in humid conditions in the two group matches they won and drew.
“We will have to make adjustments bearing in mind the kickoff time is at 19:00 hours and that suits them. As a coach, my team talk is already done. All we have to do is to look at our opponent and understand, and as Gambians we have the opportunity to make our entire country proud and happy again,” he said.

“It is a Senegambia derby. Playing against Senegal alone is enough to sharpen minds and make sure the boys are focused to go out and deliver”, he added.