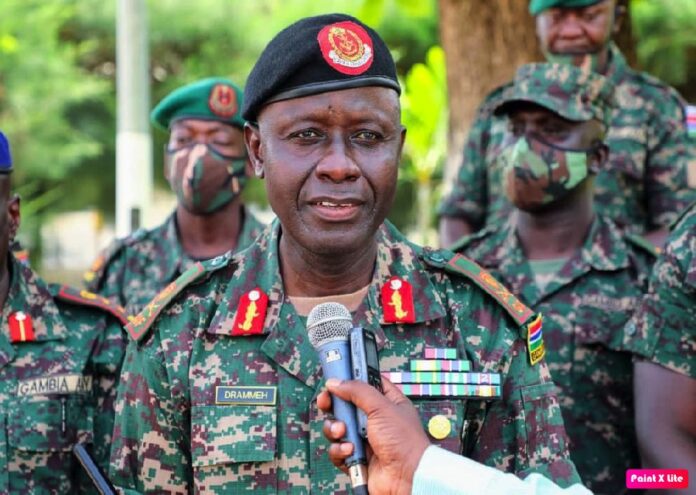 Following the free training of some 300 State Guard personnel at no cost to The Gambia Government between 2018 and 2019, Senegal has reiterated its commitment to continue this laudable fraternal gesture to The Gambia.

During an audience with Gambia’s visiting Chief of Defence Staff and delegation, Lt. Gen. Yakuba Drammeh, the Senegalese Minister of the Armed Forces, Mr. Sidiki Kaba hailed the peaceful coexistence between Senegal and The Gambia exemplified by the camaraderie between President Macky Saal and his brother, President Adama Barrow.

CDS Drammeh also met Senegalese Air Force Chief, General Birom Diop to review the security situation in the region, the impacts of the COVID-19 pandemic, and other global security-related challenges. The two security Chiefs participated in a presentation on the Peace Support Operations of the Senegalese Armed Forces.

While in Senegal, General Drammeh met The Gambian High Commissioner to Senegal, His Excellency, Hadrammeh Sidibeh and staff.

During the discussion with the Gambian diplomatic team, General Drammeh revealed that an officer of The Gambia Armed Forces identified to serve as a Defense Attaché in Dakar will soon be deployed.