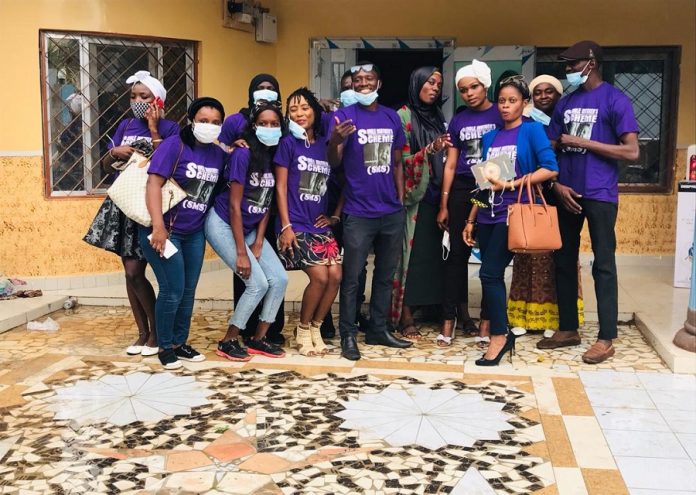 Association of Single Mother’s Scheme (SMS) was over the weekend launched.
According to the officials, SMS is established to address the affairs of the single mothers in The Gambia and to make them regain their mentalities and connect them into environment where they will be welcome as a family. 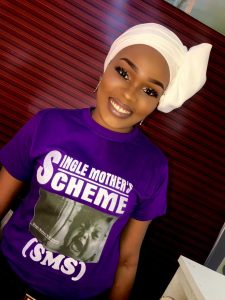 Speaking, Fatoumatta Jammeh Jeng, the founder of the Association, said “we are very happy to welcome you to this occasion which is the launching of this SMS with the objective to introduce to you who we are and what we do as an association.”
According to her, SMS aims to assist single mothers improve their lives, skills and to be able to obtain employment.

She said single mothers often face problems of poverty, low self-esteem, isolation and depression, social stigma and lack of social support which exposes their children to child abuse, a potential to early marriage and teenage pregnancy.
“The project’s main objective is to identify these vulnerable mothers and involve them into self development and employment so they can live through healthy life skills. The basic purpose of the scheme is a self-help agency which provides an opportunity for human dignity by providing decent housing food, clothing, health assistance, education and job placement”.

She said through joint efforts, relevant stakeholders can broaden their outreach to every single mother across the country. “If this trend continues a side effect will occur and the number of children living in poverty in an unemployed single parent house will increase and addictional aspect of drugs or alcohol abuse, child abuse or neglect, teenage pregnancy, child health and safety are likely to influence the community.”
She called on every single mother to join the association in order to be self reliant and skillful. 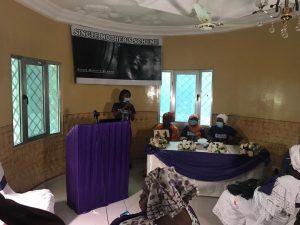 Jatou Mbaye, a trainer, advised the single mothers to make plans and set goals. She also advised them to be self confident in anything they do or might be doing and to be independent.

Maimuna Mbaye, President of Single Mother’s Scheme (SMS), repeated the old adage that it’s better to teach someone how to fish that giving them fish everyday.
“We believe that, with the training you guys are about to receive which really helps you alot as single mothers to be able to help yourselves.” 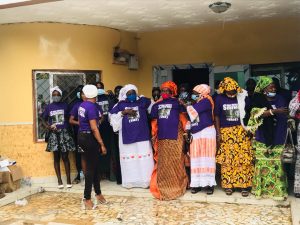 Giving the aims and objectives of the Organisation, the co-founder of Single Mothers Scheme, Baboucarr Jeng, said that everyone is equal in the single mothers scheme regardless of tribe, gender, colour and others.

Jeng said it’s very stressful nowadays as they look at the economic conditions of the world, the prices are going up on daily basis when it comes to food, clothing and shelter while describing Gambia as a poor country where many people are renting and food is expensive.
“Because most of the time our foods are imported, when the single mother is vulnerable the children will be vulnerable as well and we are trying to kill 2 birds with one stone.”
Jeng noted that if a child is not educated, they will end up on the streets and engage themselves into drug abuse and will be vulnerable to crimes.

“So when we breed criminals then nobody is safe and when it comes to their mothers, they will lose their dignity and the only option they will have in the end is to sell themselves,” he said.

“We will associate them with relevant businesses that are connected to their talents and skills, so that they will earn dignity and take something home and feed themselves and their children.

“If the government wants to help us, our doors are open while describing the association as non-political,” he added.