In this twenty-first century of disorder, believing that we all come from a society might be one of those few things that are in harmony with everyone’s heart. Considerably, the development of man starts from society. Whether due to that, that same society rests an almost unbearable load of expectations on the bare and  tender shoulders of man.

Admittedly, as you grow up, the society expects a lot from you. Those expectations have always been there even though they might differ in size and length, from person to person. So it’d just be up to you to meet those expectations, or dip them deeply in disregard. But again, there are rewards and consequences in both extremes. Do you know how? Don’t worry, I’ll take them off the wraps for you. So welcome to my show.

Even though we can hardly dissociate ourselves from the society, we can more or less disregard what the society thinks or expects from us. As a man, expectations are fat and lofty. The society believes that you owe them a lot more than you even owe yourself. First, it wants you to do well at all costs – interestingly, in ways that please and satisfy them. Again, the society has its own timeline that it wants everyone to observe – that’s the time in your life it wants and expects you to do certain things.

Even though we have different mental and cognitive processes, priorities and timelines, goals and beliefs, socioeconomic statuses and certain diverse development patterns like growth; society expects that you at least take your child or children to school at a tender age of five or seven at all costs.

Thirteen years later or thereabouts, not caring about the mental development and composure of the child or children in question, society would expect that they finish high school. And when those results eventually come out, another societal trauma begins: pass that exam, you have a bright future – fail it, you’re heading towards failure. That’s how unfair the society is, as if succeeding or failing in life is solely determined by one’s fate in a particular examination. Sadly.

Never mind, let’s say one passes that exam in question and pursues tertiary education. In fact, before being enrolled in a particular program, society would want to decide what one should study, as if it knows what one can do or what one wants to study better than one’s very self. Since it probably succeeded in deciding for one what to do probably after completing junior school, it’d retry that on the cusp of one’s admission into tertiary education. Such is the society – your society – our society.

And if one plays adamant to what they want one to study despite all the potential avalanche of cajolements, one is insolent. But if one readily jumps on the bandwagon instead, they’re the good children of society. Interesting, not so?

Get enrolled into that program of your choice and keep their demands at bay, they’d start fretting the gizzard. Go on to do well, they’d again say you could do better had you been a good boy. Being that good boy would entail you dancing to their tunes and swimming with the cold tides of their high demands. That’s the society for you – your society – our society.

Finish that program and get ready for job, they’d tend to choose for you where they want you to work. Satisfy them or not, you’re still not free. Do that job for some time, more and more expectations pop up in your life.

At twenty-five, society expects that you start bringing a woman home, either as a girlfriend or as a fiancé, to confirm your manhood – your potency to some extent. Call that “The societal assessment of sexual ability,” if that doesn’t sound vulgar. At twenty-eight, that same society expects that you at least get married, be it that woman you’ve been bringing home or another woman elsewhere, but let the marriage just happen at all costs. As far as you’re working, you’re on a regular income, the society doesn’t care if you’re financially mature or you can fully take care of a woman, at least financially. Hmm. Do you want to ask me about the children yet to come? No, just be particular and ask me about the first child instead.

Three years into that marriage they wanted to suggest and direct, they won’t relax yet. They’d want results – results that’d adminiculate the positivity of the assessment done on one’s sexual ability few years prior to one’s marriage. The society expects and demands that you at least have a child after the third anniversary of your wedding. If that doesn’t happen, the society would believe that, the moon on your honeymoon wasn’t bright enough, or the honey in your honeymoon wasn’t sweet enough. How about if it decides to think that the sweet in your sweetheart wasn’t in fact sweet, or going ahead to conclude that you didn’t woo your sweetheart since you were in your honeymoon? Hahaha. This is the society for you – your society – our society.

In a nutshell, man and society are inseparable. Entangled. Inextricable. But, man cannot please the society. It’s not possible at all. That trial would likely have an unprecedented margin of error. So the most vibrant and viable thing is to be a very maverick person, without blowing hot and cold.

Batou Saidy holds a degree in Public and Environmental Health. Aside from his profession, he is a writer. His writing extends to current affairs, contemporary life issues, politics, sports, and health. 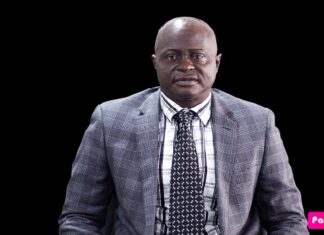 May 18, 2021
The National Audit Office has been awarded 'best performance audit prize' by the by African Organisation of Supreme Audit (AFROSAI-E) on Monday for its...