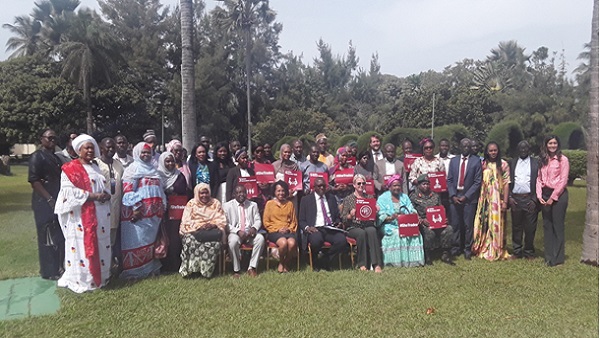 A policy dialogue between stakeholders that seek to develop a framework in a bid to support increased participation of women-owned businesses in public procurement in the country ended Tuesday.

Officials from the ministries of Trade, Industry, Regional Integration and Employment; Finance and Economic Affairs; Women, Children and Social Welfare, and Gambia Public Procurement Authority, chambers of commerce and women business associations, met and shared experiences, learned lessons and insights on how to improve and promote women’s participation in procurement.

Together with the support of public procurement experts, the two-day dialogue also enabled participants to develop an action plan with recommendations.
The event was supported by the International Trade Centre’s (ITC) SheTrades initiative, which aims to help Gambian women benefit from economic participation by focusing on agriculture and textiles and clothing value chains.

In The Gambia, women make up 38 percent of the official labour force and form the backbone of the economy through their informal and unpaid work.
The permanent secretary at the Ministry of Trade, MK Ceesay, said women are the de facto operators of the country’s economy and called for more of similar initiatives.

The project intends to reach at least 500 Gambian women, according to Anna Mori of the ICT, adding that the country is the first in the sub-region to benefit from such a project.
ITC’s SheTrades initiative aims to connect three million women entrepreneurs and women-owned businesses to international markets by 2021. The initiative offers a blueprint of seven global actions to unlock “markets for women”, and is supported by a digital platform which has members from 121 countries and helps women entrepreneurs to connect buyers and investors.