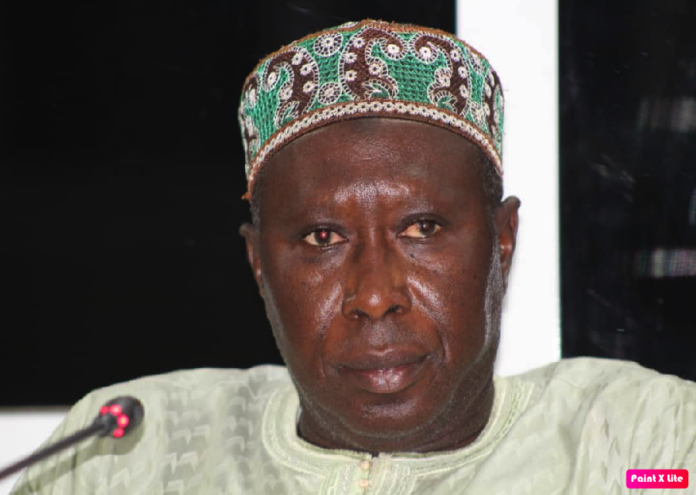 A witness, Oustass Musa Cham yesterday revealed before the truth commission an alleged dubious syndicate run by the NIA and other security agencies to illegally grab land from innocent civilians.

Cham, 61, a native of Sukuta disclosed that he had three incidents with officers of the defunct NIA who were allegedly engaged in a litany of crimes in a highly organised criminal syndicate that exploited and preyed on the vulnerabilities of people.

“The syndicate operated through one Yankuba Cham who works at either the Department of Physical Planning or Department of Lands and Survey, who would go through their files and if he realised that a particular land was sold, he would make another transfer which will pre-date the documents of the new buyer to make it appear that the land was fraudulently acquired by the buyer.

“They forged stamps of alkalolu and Physical Planning approval which they will use to create fake documents and transfer lands to persons they received money from and encouraged that person to claim ownership with these fake documents. So if you should go to court, the one with the predated fake documents with fake authentication from Physical Planning will win against you, the legitimate owner,” Cham informed the commission.

According to Cham, officers allegedly involved in this syndicate include Boto Keita, Dembo Mbaye, Lamin Ceesay, Nuha Kijera and one Mr. Sowe.

He further alleged that several land agents in Sukuta, the names of whom he wrote on a paper and tendered before the commission, were also engaged in the criminal syndicate.

“They created a lot of problems for the people in Sukuta who were helpless against their criminal activities,” the witness alleged.

He recalled that his first problem with the NIA came when he had a transaction with Lalo Kanteh to whom he surrendered his plots after the intervention of the NIA.

He alleged that the NIA officers, under the instructions of Dembo Mbaye, cancelled his documents, threatened him with death and forced him to sign a new document that they would use to make new official documents for Lalo Kanteh.

He said he ended up filing a complaint at the court through Ousainu Darboe against the NIA’s decision and won the case.

The witness also narrated an alleged abuse by one Nuha Kijera, an NIA officer who threatened to strip him naked and force him to sign a document transferring ownership of his property to one Awa Jallow, his in-law.

Cham said his final encounter with the NIA came when he agreed to sell his plot to one Tala Mboob for a little over D800,000 but before  the finalisation of the documents, he was told the land is situated in former president Jammeh’s reserve lands and as such, he could not sell it for more than D200,000 or risked losing it.

“I wanted to cancel the transaction but he (Mboob) insisted and refused to accept the money. After a week, I was called at the NIA by one Lamin Ceesay and I was released on bail and asked to report the next day. But when I did, I was detained for 21 days within which I was beaten and they forged my signature in my own presence that I have agreed to sell my plot,” he told the TRRC.

Cham said he received a part payment of D130,000 from the price out of which another D70, 000 was grabbed by the NIA for the expenses of his 21 days detention.