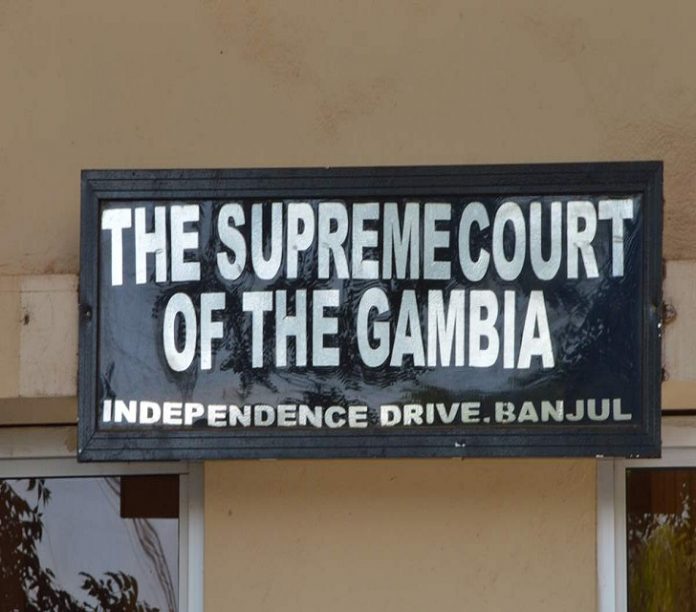 The Supreme Court of The Gambia, presided over by Chief Justice Hassan B. Jallow; Justice R.C. Sock; Justice M.M.Sey; Justice A.Bah and Justice E.F.M’bai has made an order directing the Independent Electoral Commission (IEC) to register Gambians in the diaspora to participate in all public elections and referenda. The Court also finds and declares that pursuant to section 39 of the Constitution, every Gambian, including those residing outside the jurisdiction is entitled to be registered and to vote in election to the offices of the president, members of the National Assembly, for local government offices and traditional rulers as well as in referenda.

The Supreme Court further concluded that the IEC has accepted responsibility for ensuring that the provisions of section 39 of the Constitution are adhered to and its obligations under section 11 of the Elections Act Cap 3:01. It also decalred that section 17 of the Elections (Amendment) Act 2015 was not made in excess of the legislative authority.

The plaintiffs contended that the requirement that all political party executives are to be resident in the Gambia is a restriction and not authorized by section 25(4; (b) the increase from five hundred members to ten thousand members to support the registration of a political party with the additional requirement that at least one thousand members should come from each administrative area is not reasonably justified in a democratic society.

That fixing the registration fee at one million dalasis is prohibitive and also wants the Supreme Court to declare section 17 of the Act 2015 to be null and void.

The Supreme Court held that the National Assembly acted within its powers that a political party has a secretariat in each administrative region of The Gambia.

The Supreme Court also held that the constitution of the political party requires to hold a biennial congress and that the party gives a written undertaking to submit its yearly audited accounts to the IEC.