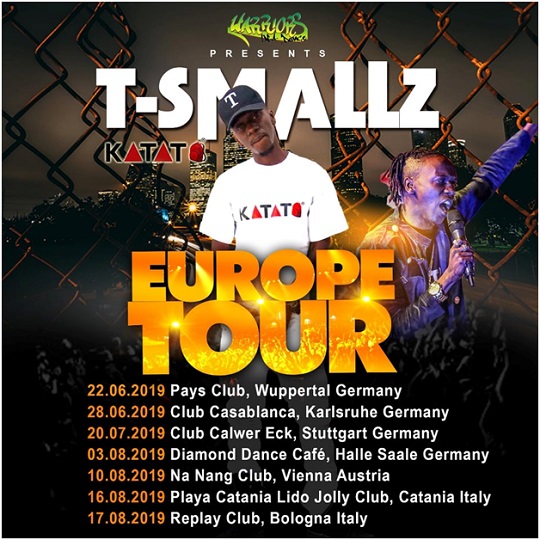 One of the country’s finest singer-songwriters has started his European tour of Germany, Italy, Sweden and Austria.

The tour is being organised by Warriors in a Dance and Katato Entertainment.

Mr Smallz will then travel to Austria, Vienna, in August to entertain the Na Nang Club.

In Italy, he will perform at the Playa Catania Lido Jolly Club and the Replay Club in Bologna, before moving to Sweden where he is expected at the Styrso festival and and then wrapping things up in Switzerland and Belgium.

He was speaking to journalists shortly before leaving the shores of The Gambia, telling them the objective is to reach out to fan-bases across the globe.

An international star singer, Smallz said the tour is necessary because not only Gambians tune in to listen to his golden voice over radios and podcasts.

“It is prudent to do more shows in Europe to build a wider audience of followers and contacts,” he stated.

“Switzerland and Belgium are lined-up and we are open to more booking along the line, with a studio session with artistes, video shooting, sessions with deejays, producers and promoters across Europe.”

He assured fans of “quality entertainment” and said the tour “will be special” as he has new songs and videos for them.

He also discussed his new hits including ‘Problem’ featuring Lil Omz and disclosed he shot a video for the song ‘Elafta Elafta’, the first single from his album in-making ‘Level Low’.

“This is a big uplift for my music representing Gambia across the globe and at the same time educating and entertaining my global fans.

I am calling on my fans across the globe to get ready for amazing shows coming their way in various cities,” Smallz, also widely referred to as Katato – troublemaker for English, said.

He added: “I am urging Gambian DJs to keep supporting and embracing Gambian music by playing it in their various concerts because a lot of good music coming outta Gambia.

We commend them, however, we urge them to do more, and to do better,” the 2013 Nominated Male artiste of the year said.