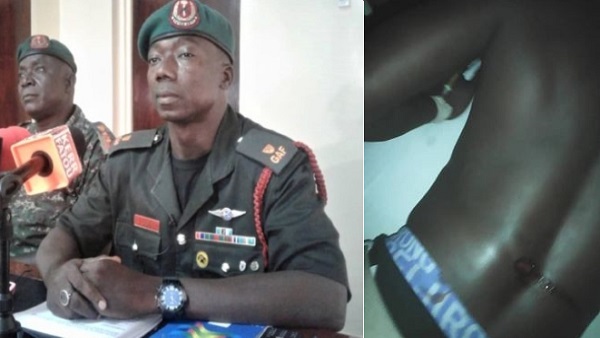 At the outset I demand that the Minister for the Interior, the Inspector General of Police and the responsible officers at Kanilai checkpoint resign or be sacked for the shooting of Ismaila Tamba. The act of shooting an unarmed citizen demonstrates an utter lack of professionalism and efficiency and gross violation of the right to life of a citizen that should not have come from a security officer. Mr Tamba was not armed hence he did not attempt to shoot the officer which means the officer’s reaction was unnecessary use of excessive force.

Much as Tamba must be held accountable for not complying with security officers at a checkpoint, it is still not a reason to shoot him when the officer could have avoided being run over by Tamba’s vehicle. If indeed Tamba was notorious for flouting the checkpoint, the officers should have taken legal action against him well before now and not to allow it to become a pattern. But having allowed him to continuously flout the checkpoint it is unacceptable that they would address this matter in such a violent way.

In the bigger scheme of things, the shooting of Tamba exposes once more the urgent need for security sector reforms which has not been carried out by this government with the seriousness it deserves. That this country would still have police and military checkpoints littered all over is an indication that the same dictatorial approaches to national security prevails. It is an approach that devalues human lives in favour of state security. It further manifests the perception that security is all about force and violence as if that is all that is there to contain crime and maintain peace. There cannot be a more faulty thinking than that!

This incident therefore brings to mind a similar scenario in 2015 when a taxi driver was pursued by security forces at a checkpoint in Manjai who also fired at the vehicle leading to the killing of a young beautiful soul, Ya Binta Jarju. With this latest incident in Kanilai when Tamba was also said to have refused to stop leading to firing, it begs the question indeed as to the purpose of checkpoints in the first place. In other words, are checkpoints necessary and what should be their nature of operations.

In my view, permanent checkpoints are utterly unnecessary and in particular there must never have been military checkpoints unless when there are serious emergencies in which the normal law enforcement agencies cannot handle. Checkpoints are temporary mechanisms used during conflicts or disasters or other forms of emergencies. After the conflict or emergency is over, the checkpoints are removed. In any case checkpoints are not for normal, peacetime democratic societies.

It is only under dictatorships that checkpoints became permanent feature of the security system. Dictators all over the world mount permanent and uncountable checkpoints as a means to intimidate the population and to protect their regime. This is why under the APRC regime, the despot Yaya Jammeh brought the culture of checkpoints all over this country. His intention was never to promote and protect citizen rights and freedom or ensure security. We all know that checkpoints had never improved the security of Gambians under his regime, rather what we saw was how Gambians disappeared, or got arrested, tortured and killed all the time while drugs littered the entire country despite the proliferation of checkpoints.

With the coming of the new Government it was our expectation that we would have seen system change by reforming the security sector so that they become instruments for the expansion, protection and enjoyment of rights and freedoms by citizens. It is rather unfortunate that President Barrow rather decides to continue the same approach as his predecessor which is why we saw our security forces shoot to death Gambians at Faraba in June 2018 and now the shooting of Ismaila Tamba. For how long shall our security forces continue to shoot our unarmed citizens?
Those who claim that checkpoints provide some security for the society must think deeply and critically about the state of security and role of checkpoints in this country.

A close scrutiny of these checkpoints show that they are instead points of corruption, harassment, waste of time and resources for citizens. Hardly do these checkpoints detect arms, drugs or criminals unless if they have a tip-off. Try to express a different view with a soldier at Kudang checkpoint and you will realise how second class you are as a citizen in your own country!
It is common knowledge that criminals or those transporting illicit goods usually avoid the checkpoints by using backstreets in the community. Even when they check, most of the time officers merely peep inside the vehicle or beam their torches on passengers or just wave drivers to pass. Just pay attention at Denton Bridge to realise that the checkpoint there is useless but only good for causing traffic delays thus causing people to be late for work and business.

The security of this country like any other civilized and democratic society cannot be ensured by checkpoints. Rather we need more investment in law enforcement to provide
better policing methods. This means addressing the welfare of police officers, improve their working conditions by equipping them with modern tools such as scanners and other crime detection tools as well as training them more in intelligence gathering and analyses.

Above all there is urgent need to provide political education to our security personnel so as to re-orient them from that colonial and abusive mentality that underpin security agencies to realise that they are servants and not oppressors of the people. In that regard there is need to provide training on community policing methods and human rights education. Furthermore, we need to equip our law enforcement with more vehicles, motorcycles and horses among others to be able to move around quickly.
The shooting of Ismaila Tamba could have been therefore avoided if our security officers were better trained, equipped and oriented towards modern law enforcement methods and human rights. Why this is not the case until now is a question we should pose to the Office of the President.